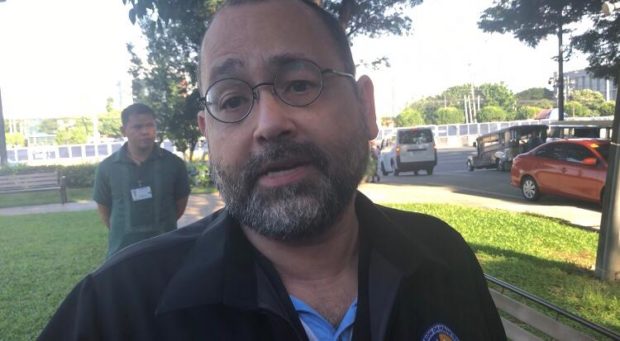 MANILA, Philippines —  The Commission on Human Rights (CHR) chairperson has said it is difficult to obtain cooperation from law enforcement agencies like the Philippine National Police (PNP) when conducting investigations into human rights violations.

CHR Chairperson Jose Luis Gascon said during their budget deliberation before the House of Representatives committee on appropriations on Thursday that he had requested full access to drug war death files four years ago, but it has not yet been granted.

“Speaking frankly, your Honor, we have found difficulty in recent years in terms of securing the full cooperation of law enforcement institutions, particularly the Philippine National Police,” Gascon told lawmakers.

“And we, at that time, four years ago, requested for full access to the Philippine National Police of all relevant cases that we are undertaking, and so it has been difficult your Honors to achieve that,” he added.

Gascon said that in the war against illegal drugs, he has only investigated around 3,000 cases, which is less than half of all drug war deaths in legitimate police operations in which victims were said to have fought or resisted arrest.

As of July 2021, there are 6,165 drug suspects killed in legitimate anti-drug operations conducted by both the PNP and the Philippine Drug Enforcement Agency (PDEA).

“So for example, in the case of killings in relation to the war on drugs, not including the attacks on lawyers — the cases they say all suspects fought back, there are around 6,000 individuals who died in police operations according to public statements from the police)

“Pero (But) in our dockets, your Honor, at different degrees of investigation depende po sa cooperation na nare-receive (and depending on the cooperation we receive), we only have a little over 3,000 cases.  So that means we haven’t reached in CHR right now a hundred percent full investigation of what are the numbers of cases that we could potentially be investigating, your Honor,” he relayed.

Still, Gascon said that they still try to cooperate with state actors, especially after the Philippine government signed an agreement with the United Nations Human Rights Council (UNHRC) regarding a commitment to improve the rights situation in the country — which he hopes would lead to increased cooperation.

One good sign, he noted, is the openness of the current PNP leadership to let government investigators from the Department of Justice (DOJ) peek into their records following the government’s promise to UNHRC.

Gascon was referring to the announcement from DOJ Secretary Menardo Guevarra that PNP chief Guillermo Eleazar had allowed it to open its records for at least 61 police operations being look into by the department.

“He (Guevarra) reviewed about 600 cases and their senior panel review observed that there were questions in about half of those cases, over 300 cases.  And then they reached out to PNP and the PNP has agreed to open up an investigation on 80 of those 300,” Gascon said.

“So these are some developments, we can call them baby steps, your Honor, but some developments in improving the cooperation between the PNP and the DOJ, and the CHR in uncovering what occurred.  Kasi (Because) ultimately if there are violations, then we should hold the perpetrators to account,” he added.

Rodrigo Duterte’s administration has been under heavy scrutiny for over five years now, as his major campaign, the war against illegal drugs has been bloody and rife with allegations of abuse.

The complaints against Duterte have reached the International Criminal Court (ICC), which recently granted judicial authority to investigate the allegations.

Bensouda sought judicial authority last June 14, days after she stepped down from her post, after concluding that based on information gathered by her office, there is reason to believe that state actors have killed thousands of civilians under the war against illegal drugs.

She also noted that the information suggests that vigilante-style killings were perpetrated by police officers themselves or other private individuals hired by authorities — leading to a death toll of between 12,000 to 30,000 civilians.

The investigations would be done by Bensouda’s successor, Karim Khan.