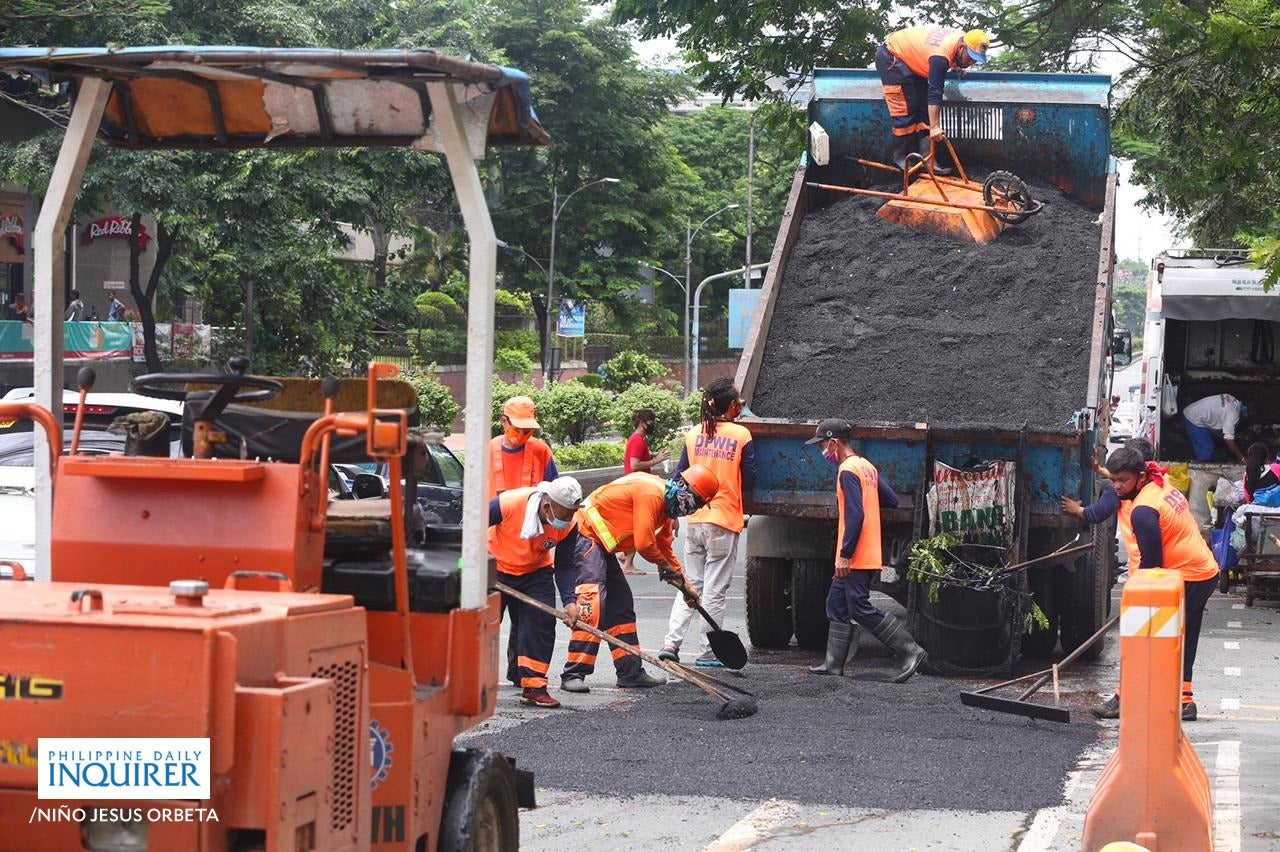 MANILA, Philippines — Contrary to last year’s heated debates, deliberations by the House committee on appropriations this year on the 2022 budget of the Department of Public Works and Highways (DPWH) went rather smoothly, with the agency’s budget being approved in less than two hours.

Right after the DPWH presented its proposed budget on Thursday amounting to P686.11 billion, Surigao del Norte 1st District Rep. Francisco Jose Matugas, who was presiding over the deliberations, reminded lawmakers to “stick to policy and institutional matters.”

Matugas said lawmakers who have parochial concerns shall message the committee secretariat so that a meeting can be arranged with Public Works Secretary Mark Villar to discuss their issues.

While lawmakers from the Makabayan bloc—Bayan Muna Rep. Ferdinand Gaite and ACT Teachers Partylist Rep. France Castro—inquired about issues such as the P10 billion contingency funds reportedly transferred to the DPWH, other lawmakers used their time to express support for the agency’s budget and heaped praises on Villar.

Catanduanes Rep. Hector Sanchez even expressed support for Villar’s possible senatorial run, noting the completion of a circumferential road in his province which has been a “dream” of his constituents.

Villar has been included as a “guest candidate” for the ruling PDP-Laban’s senatorial slate in next year’s elections.

The events in this year’s budget deliberations in the appropriations committee were far from last year.

Deliberations on the budget of the DPWH are usually highly contentious in the House as lawmakers seek higher budgets for infrastructure for their respective districts.

For instance, during the deliberations on the 2021 DPWH budget last year, debates turned heated after Negros Oriental 3rd District Rep. Arnolfo Teves Jr. questioned the funds allocated to congressional districts by the agency, particularly in Taguig City and Camarines Sur.

Teves specifically mentioned then-Speaker Alan Peter Cayetano who serves as the representative of Taguig-Pateros and then Deputy Speaker Luis Raymund Villafuerte who represents the 2nd District of Camarines Sur.

Teves raised the issue amid the speakership row between Cayetano and now House Speaker Lord Allan Velasco. For context, Teves is a known ally of Velasco while Villafuerte is an ally of Cayetano.

Following the heated debate between Teves and Villar, House Minority Leader Bienvenido Abante Jr. moved for the deferment of the deliberations because of the few DPWH officials present in the plenary.

DPWH’s proposed 2022 budget was swiftly passed even as the agency is facing various issues such as the Commission on Audit’s (COA) report stating that the agency failed to impose sanctions on the contractors of 24 delayed infrastructure projects worth P719.691 million.

The COA added that DPWH has yet to collect P681.951 million in advance payments made to the contractors of 414 infrastructure projects.