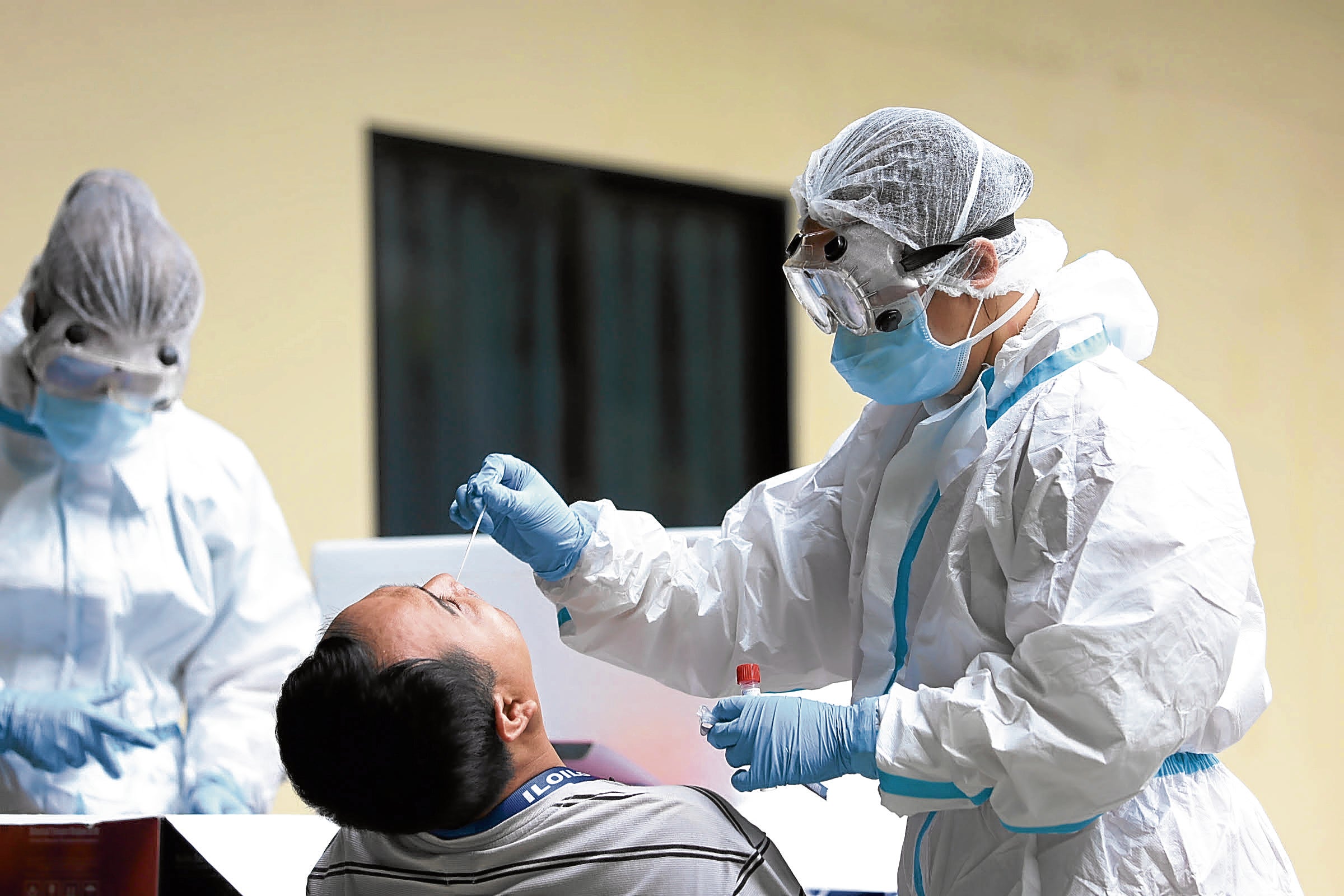 ILOILO CITY—The city government has twice slashed the price of COVID-19 tests in the local government-run laboratory to encourage voluntary testing amid the continued increase in cases.

In an amended ordinance passed on Sept. 7, the city council reduced the cost of the reverse transcription-polymerase chain reaction (RT-PCR) test at Uswag Iloilo City Molecular Laboratory from P2,500 to P1,800. The council on Sept. 1 already lowered the rate from P3,800 to P2,500, which is effective until Dec. 31.

The council, in its ordinance, cited the rising COVID-19 cases in the city and the need for more residents to undergo voluntary testing.

It said the price drop would make the test affordable to those not covered by the free RT-PCR testing provided by the city government. The free tests at Jubilee Hall here are for symptomatic patients with doctor’s referral, close contacts of infected persons, returning overseas Filipinos and returning residents.

“I am very happy that our city council was able to approve my request to lower the rate of RT-PCR test from P2,500 to P1,800 to assist the business sector as they reopen their businesses,” Mayor Jerry Treñas said in a statement.

The city recorded 171 new cases, including two deaths on Sept. 13.

Treñas said many hospitals in the city were operating on limited capacity and some had suspended certain services due to infection of their health staff.

Iloilo Doctors Hospital on Monday suspended consultation services of its outpatient department as well as emergency admissions after several of its emergency nurses were infected.

In Capiz province, Roxas Memorial Provincial Hospital (RMPH) said it was nearing capacity due to the surge in COVID-19 patients requiring hospitalization.

“Once the [hospital] reaches full capacity, there will be no other option but to declare a ‘timeout’ to allow the hospital to cater to the patients already admitted, who deserve the best care available,” the hospital management said in a statement.

It said its supply of medical oxygen had fallen to critical levels due to the lack of funds and a nationwide shortage.

The hospital uses from 120 to 130 oxygen tanks daily for its high-flow cannulas used for the treatment of severe and critically ill COVID-19 patients.

“The hospital cannot admit more patients without compromising the level of care that it gives to its patients and overwhelming its staff and personnel,” according to RMPH.