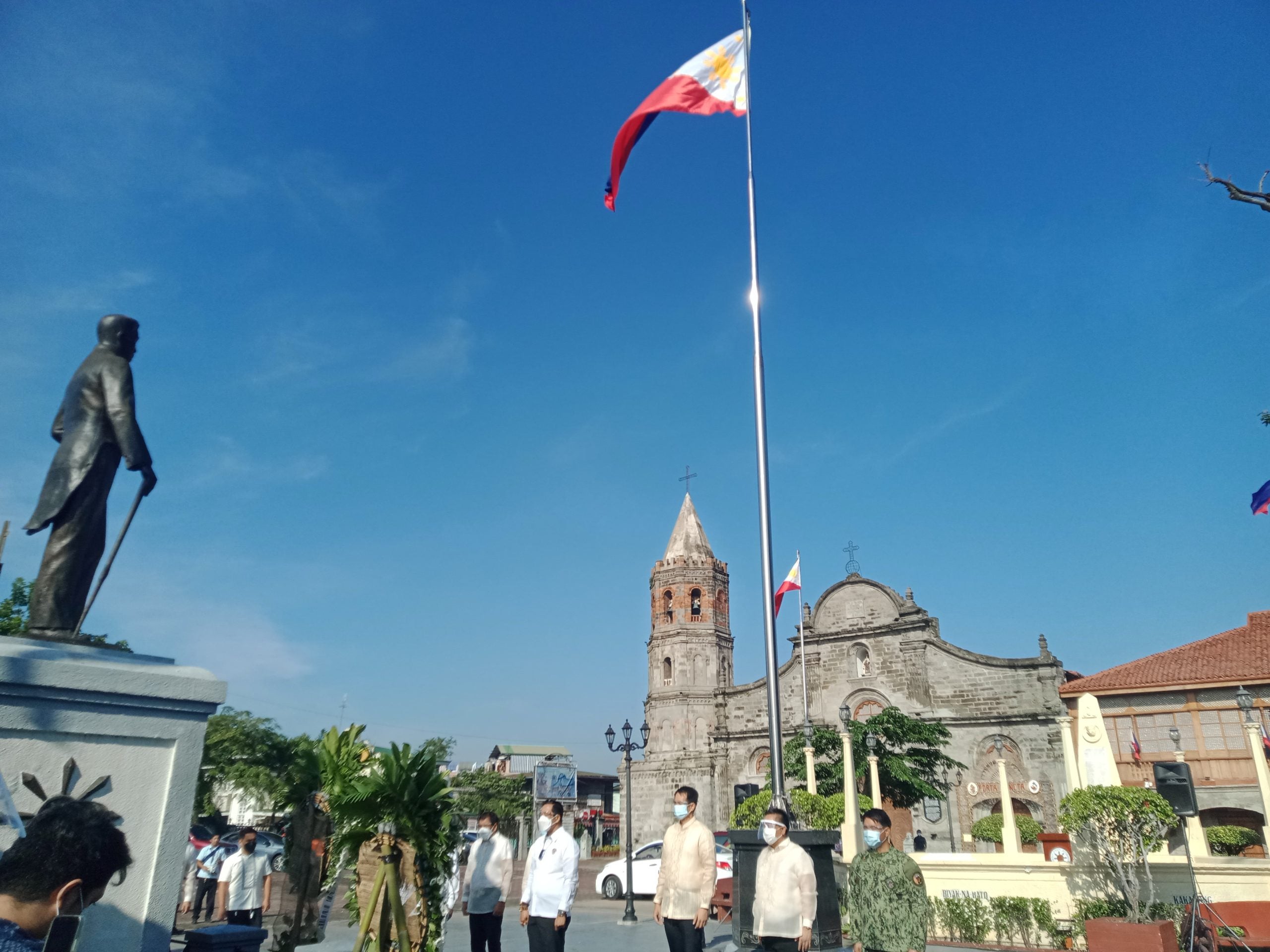 Bulacan officials mark the 123rd anniversary of the Malolos Congress in front of Aguinaldo monument outside the historic Barasoain Church in City of Malolos. (Photo by Carmela Reyes-Estrope)

CITY OF MALOLOS—Officials in Bulacan province on Tuesday marked the 123rd anniversary of the opening of Malolos Congress by holding a simple program outside the historic Barasoain Church here.

Gov. Daniel Fernando, who led the occasion, paid tribute to Filipino patriots who were part of the 1898 national assembly that drafted the Philippine Constitution and paved the way for the First Philippine Republic.

Fernando said the determination of the members of the Malolos Congress led by Pedro Paterno and Gen. Emilio Aguinaldo should continue to inspire modern-day Filipinos to overcome the ongoing health crisis and aspire for normalcy.

They held a wreath-laying ceremony in front of Aguinaldo’s monument.