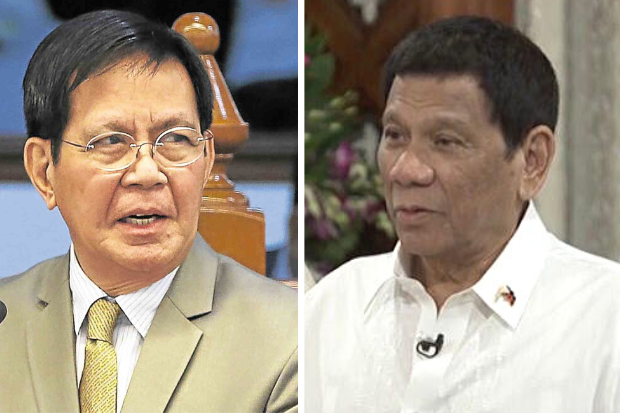 MANILA, Philippines — It would be the “loss” of the executive department should President Rodrigo Duterte bar his Cabinet secretaries from facing the Senate’s investigation into the government’s pandemic purchases, Senator Panfilo Lacson said Wednesday.

(It’s their loss, it’s not the Senate’s loss if Cabinet secretaries won’t attend…we have documents.)

(We can just pose questions to officials who are not members of the Cabinet. We can compel them and if they don’t attend, we can hold them in contempt in accordance with Senate rules.)

The Senate blue ribbon committee is currently investigating the procurement of “overpriced” personal protective equipment, face masks, and shields made by the Department of Budget and Management-Procurement Service (DBM-PS) on behalf of the Department of Health in 2020. 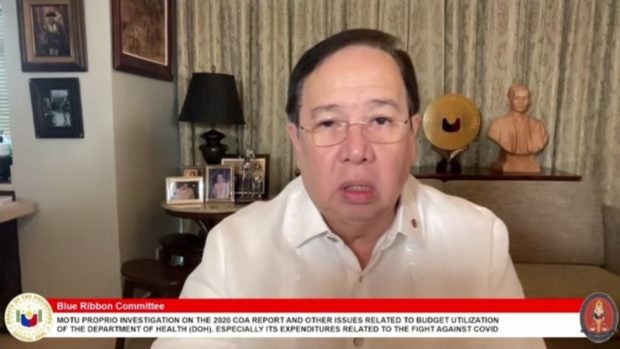 Sen. Richard Gordon, chairman of the Blue Ribbon Committee, presides over the continuation of the virtual inquiry on the 2020 Commission on Audit (COA) report on the utilization of the Department of Health (DOH) budget, particularly on its expenditures for the COVID-19 program Friday, September 10, 2021.  (Screen grab/Senate PRIB)

In a public address aired Wednesday, President Rodrigo Duterte said he will require Cabinet members to secure his clearance first before they could attend Senate inquiries.

(You will only do that if you have something to hide, or you don’t want something exposed.) 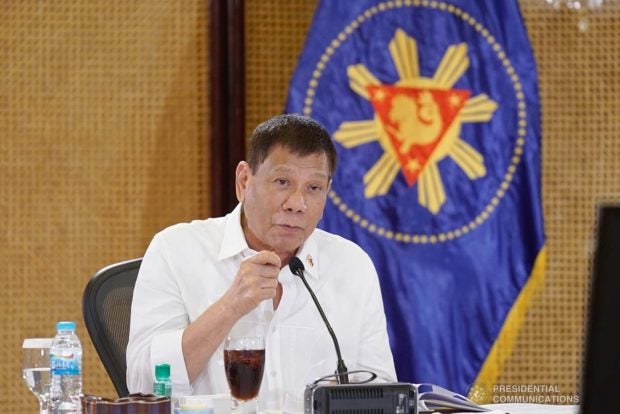 President Rodrigo Roa Duterte talks to the people after holding a meeting with the Inter-Agency Task Force on the Emerging Infectious Diseases (IATF-EID) core members at the Malacañang Palace on September 7, 2021. (KING RODRIGUEZ/ PRESIDENTIAL PHOTO)

He was referring to Executive Order 464 issued by then President Gloria Macapagal-Arroyo in 2005.

Lacson then stressed the need for the executive and legislative branches to cooperate with each other in the Senate’s investigation.

‘More than whiff of corruption’

(After all, I thought we only have one objective, earlier the President said that someone will be punished even on a whiff of corruption, this is not only a whiff, we can see it clearly based on documents.)

Further, he stressed that the executive department should start keeping an eye on the government’s succeeding procurement deals for its pandemic response.

(The executive should act. At this point in time there should already be a corresponding or preemptive action on the government’s procurement because procurement is still ongoing.)

In the course of the blue ribbon committee’s investigation, senators asked why the DBM-PS awarded over P8.6 billion in government supply deals in 2020 to Pharmally Pharmaceutical Corp. despite it only being several months old with just P625,000 in paid-up capital.

It was then disclosed that Pharmally had borrowed money from former presidential adviser Michael Yang to help them fulfill some of the government’s orders last year.

This, senators said, was an indication that Pharmally had no financial capacity to be given these procurement contracts.