MANILA, Philippines — Philippine Drug Enforcement Agency (PDEA) Director-General Wilkins Villanueva on Tuesday pushed for the passage of a magna carta for anti-drug personnel amid investigations into a missing agent believed to have been abducted.

At least three senators backed such a proposal. 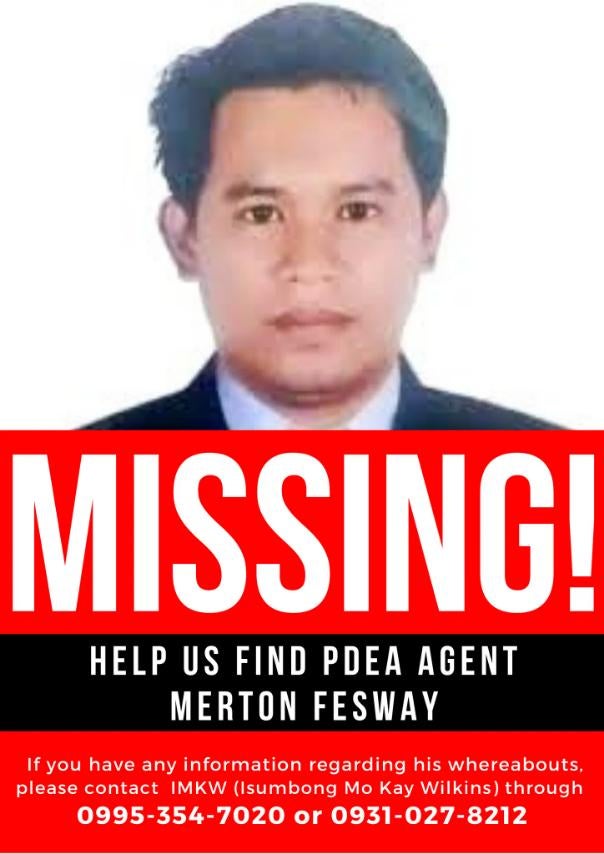 (We also risk our lives just like members of the uniformed personnel…Every time we have an operation, it’s like we already have one foot in the grave.)

The photos show the burned marijuana plants following the joint operations of PDEA and PNP in Isabela, Kalinga and Apayao on Feb. 25. (PNP-Region 2 photos)

As he pushed for the magna carta for PDEA personnel, Villanueva lamented that benefits for the surviving families of agents who died in line of duty only comes from contributions made in the agency’s provident fund.

(We have a provident fund. If you are not a member, you won’t receive anything.)

Villanueva further said that unlike for PDEA, there is allotted funding for the compensation of families in case the death of a uniformed personnel in the police force and the military.

“Wala pong ganyang ang PDEA [PDEA does not have those kind of benefits],” he stressed.

(It’s sad because agents won’t get anything unless they are insured.)

Senator Ronald “Bato” dela Rosa, chairman of the committee, expressed support for a measure that would establish a magna carta for PDEA agents.

He pointed out that PDEA only has 2,882 permanently filled positions, way lower than that of the Philippine National Police (PNP) and the Armed Forces of the Philippines (AFP) as well as other law enforcement agencies.

(They are that few. They are that small yet we can’t even give them the right salaries and emoluments they should be entitled to through a magna carta.)

(If we compare ito to agencies like the BFP, BJMP, BuCor, PNP, AFP which were given such benefits despite being a large organization, what about a small agency like PDEA, which is performing a very important task.)

“Hahanapin natin ng pera [Let’s look for funding],” Marcos said, noting that the Senate is now in the early stages of deliberating on the 2022 national budget.