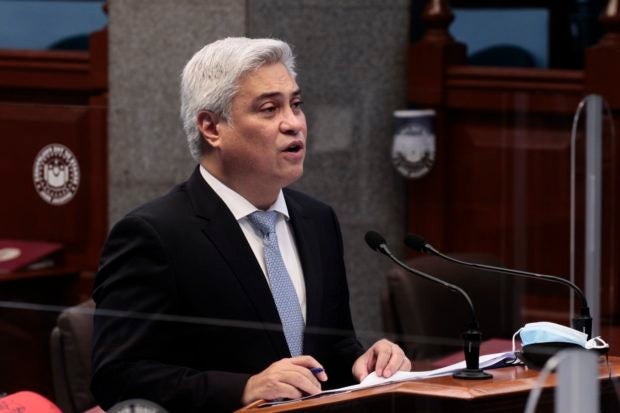 CNPL was organized by the Board of the NATCCO Network in 1996, and their first election into Congress was in 1998. They represent over 800 primary cooperatives across the country.

The resolution, adopted during the 6th CNPL National Party Congress held on Friday, calls Zubiri “our Coop Champion in the Senate.”

“The COOP NATCCO Party List believes that the presence of Coop Champions in the Senate would further recognize the important role of cooperatives in poverty reduction and inclusive growth through policy reforms and support in legislation,” the resolution reads.

Zubiri further said “I really believe in the power and potential of our cooperative movement. I think the work that coops do, the work of helping the Filipino help themselves, is so vital to our country and our people. And so I’m very glad and honored to enjoy the sector’s continued trust, and in return I am fully committed to continue advocating for the sector.”

“We are very proud na we passed a resolution already supporting and endorsing your candidacy for the 2022 national election. We saw that in the Senate . . . you take care of us. You’ve mentioned us many times in the Senate session kaya nagkaroon ng pride. Nagkaroon ng high morale ’yung kooperatiba because nakikita namin na mayroong champion, mayroong tumitindig sa atin ’dun sa Senado. We will work hard and campaign more para sa huli you will be the number one senator in the 2022 election,” he said.

“We will make him number one in the 2022 election,” echoed Raquepo.