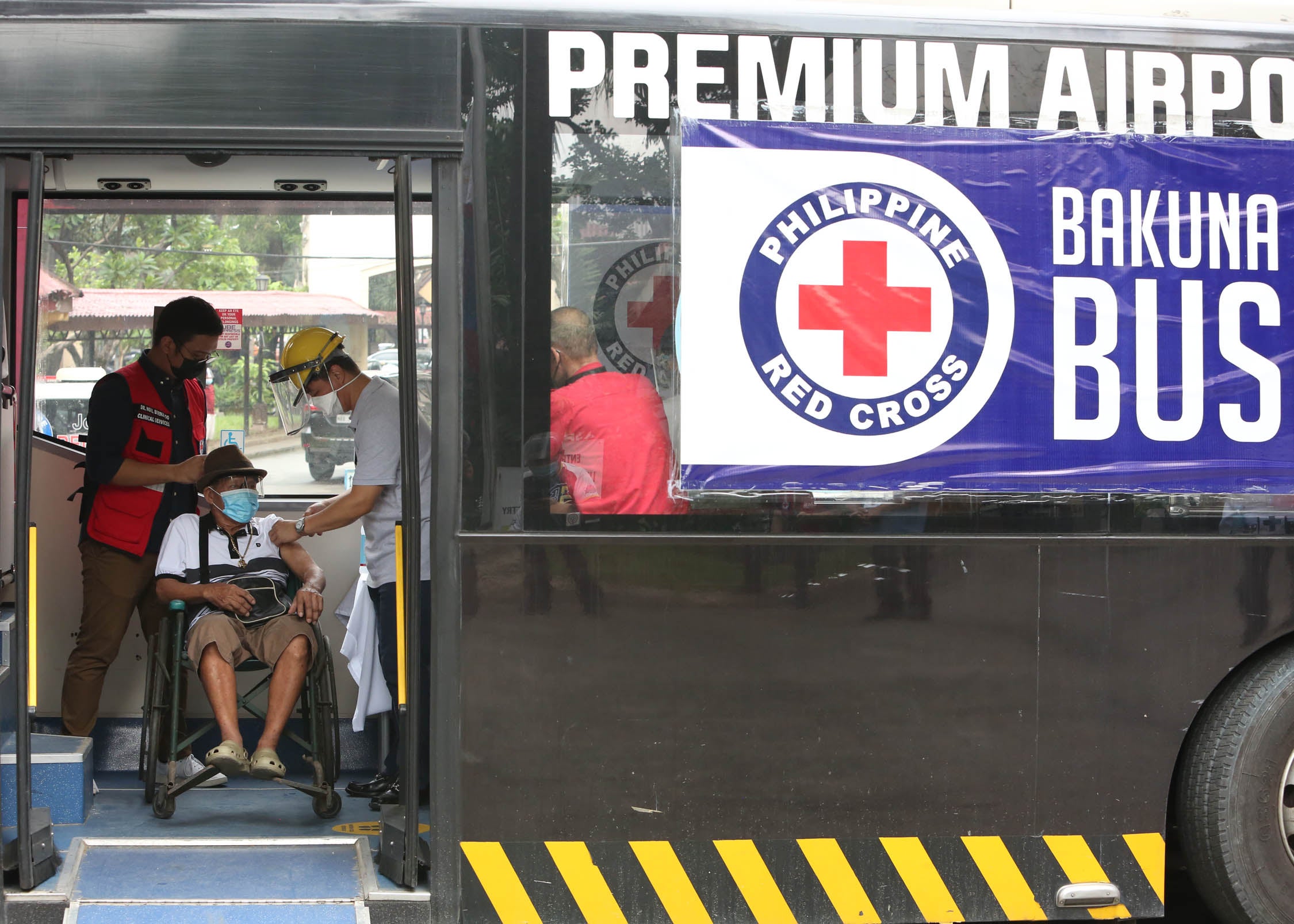 (FILE) CAMPUS STOP The mobile vaccination center “Bakuna Bus” of the Philippine Red Cross (PRC) makes a stop at the University of the Philippines College of Nursing in Manila on Tuesday. Around 300 vaccination slots were opened, with priority given to students, according to the PRC. —MARIANNE BERMUDEZ

MANILA, Philippines — The Philippine Red Cross (PRC) on Sunday said its funds were “faithfully accounted” and that there was no “adverse finding” on any transactions using government funds.

The PRC made the statement after President Rodrigo Duterte threatened to stop government transactions with the humanitarian organization if it will not submit its financial records for an audit.

“The Philippine Red Cross has faithfully accounted for the use of such funds in compliance with the donor agencies’ liquidation and reportorial requirements.  These government agencies, in turn, are subject to annual audit by the Commission on Audit (COA),” the PRC said.

“To date, there has not been any adverse finding on any transaction whereby government funds were given to the Philippine Red Cross,” it added.

Duterte further claimed that COA can audit the PRC, despite being a private entity, as it has been receiving financial assistance from the government.

However, the COA earlier said that it cannot audit the PRC as it is a non-government organization.

COA: We have no power to audit Red Cross