Canadian charged with assault for throwing stones at Trudeau 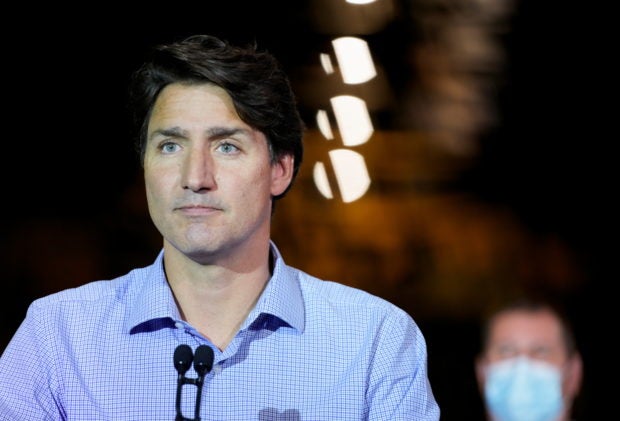 A 25-year-old Canadian man has been charged with assault with a weapon for allegedly throwing stones at Prime Minister Justin Trudeau as he was leaving a campaign event, police said Saturday.

Shane Marshall appeared in court Saturday in London, a city southwest of Toronto in Ontario province where the incident occurred on Monday as Trudeau was boarding his campaign bus.

The 49-year-old Trudeau, who was unharmed, confirmed he had “felt some of that gravel” and said it was “absolutely unacceptable” for anyone to throw things and endanger people at a political rally. His rivals also condemned the incident.

Trudeau has repeatedly faced protesters angry over proposed mandatory coronavirus vaccines and other crisis measures while on the campaign trail ahead of snap elections set for September 20.

On Friday, another protester was charged with threatening Trudeau at a rally in Cambridge, Ontario.

Marshall’s next court appearance is set for October 6.

Trudeau, who is seeking a third term in office, is currently in a statistical dead heat with his main rival, Conservative leader Erin O’Toole.