3rd Sinovac shot can be effective as booster | Inquirer News

3rd Sinovac shot can be effective as booster 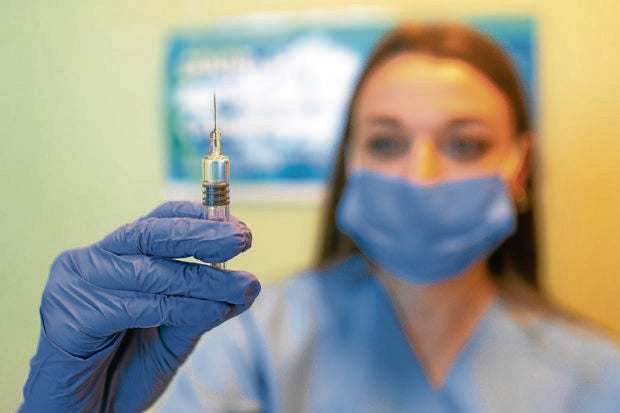 MADE IN CHINA A health worker administers a dose of Sinovac vaccine against COVID-19. —AFP

MANILA, Philippines — Based on some studies, a third Sinovac shot can be an effective booster shot for those who already received two doses of the China-made COVID-19 vaccine, Dr. Rontgene Solante, a member of the vaccine expert panel (VEP), said on Saturday.

“What we have seen is that the third dose of Sinovac is effective in increasing the protection again, so that is one priority for those fully vaccinated with Sinovac, to get boosters of the same brand,” Solante said during an online briefing.

But Solante said more studies would be needed to see the efficacy of using a different brand of vaccine for those who were first fully inoculated with Sinovac.

This was in contrast to what Eric Domingo, director general of Food and Drug Administration, earlier said that there was yet no evidence of Sinovac’s waning efficacy.

“We see it on the ground. There are some health workers who have gotten sick, though it is usually mild,” Solante said.

Domingo added that since the bulk of the Philippines’ vaccine supply was Sinovac, the bulk of breakthrough infections were also associated with the China-made vaccine.

Still, despite his assertion that a third shot of Sinovac could be effective, particularly for healthcare workers who were first to get the Chinese vaccine, Solante said the VEP was still in the process of making a formal recommendation to the Department of Health.