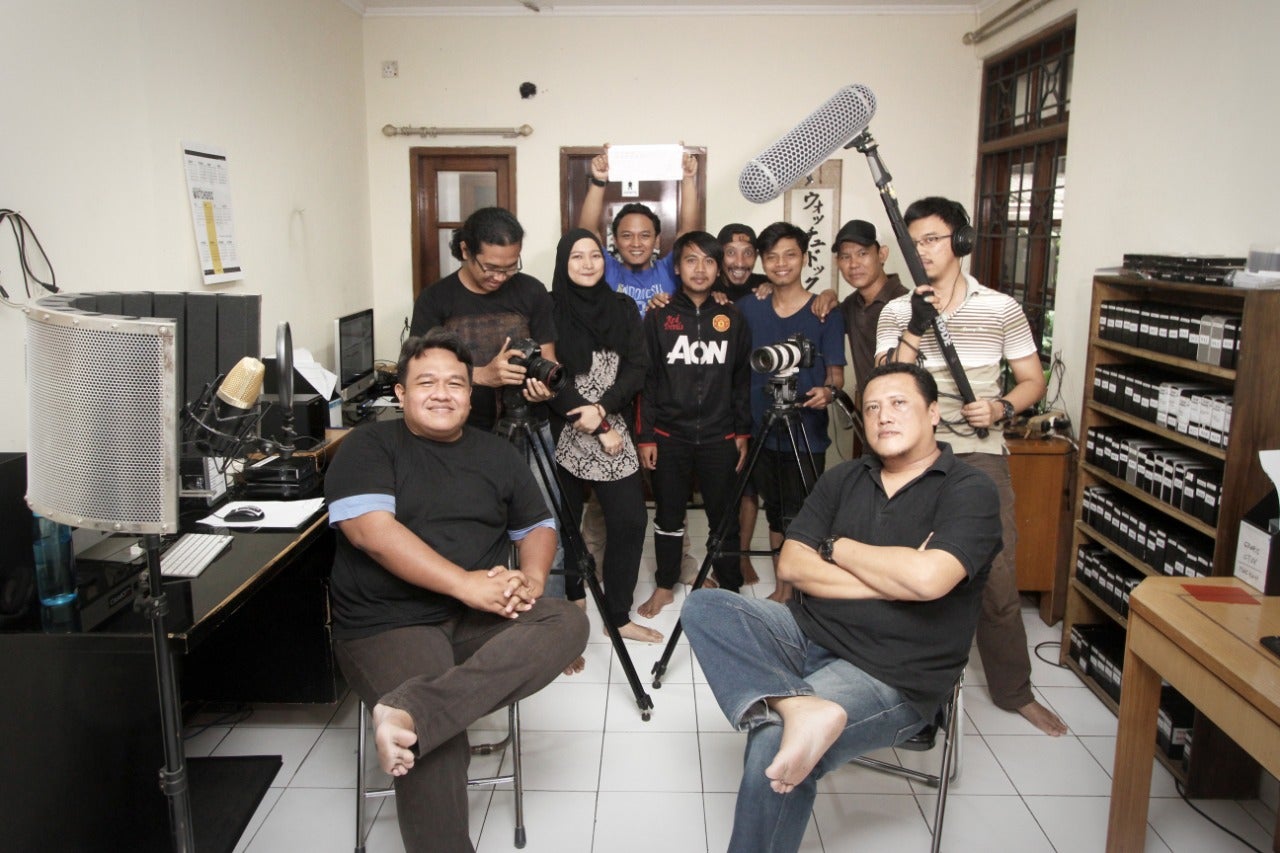 Sometimes all it takes is a bag heavy with cameras, a motorcycle and about a year on the road to capture and draw attention to longstanding social ills through a fresh, critical lens.

That’s how WatchDoc—a 10-year-old production house in Indonesia that specializes in investigative journalism—put together “Expedisi Indonesia Biru” (Blue Indonesia Expedition), a hard-hitting 12-part documentary about rural poverty, labor and environmental issues, and the unchecked corruption that pervades them all.

For a year, WatchDoc founder Dandhy Laksono and fellow filmmaker Suparta Arz motorbiked across the archipelago to document the lives of farmers, fishermen and indigenous communities. Their 10,000-kilometer journey unearthed, among others, stories of injustice and exploitation that led to the doorstep of ranking public officials.

Their unorthodox approach to data gathering and narrative building has been rewarded with a large online viewership.

How did they pull it off? “[We don’t subscribe] to the mainstream idea of filmmaking,” Laksono said. “Here in Indonesia, [people] still think that filmmaking is still [about] art and the industry rather than a social movement.”

“But you don’t want to make films that will be watched by just four or five jurists. That’s a waste of energy and time,” Laksono said. “We want our films to be watched by millions of people who can do something from that, not just a small group of people who think they have a better understanding of filmmaking.”

WatchDoc may soon find itself with a bigger audience way beyond its expectations, as it is being honored this year as one of the five recipients of the prestigious Ramon Magsaysay Award, the Asian equivalent of the Nobel Peace Prize.

The 15-member group based in Jakarta is the first organization to earn the Magsaysay Award for Emergent Leadership, which until this year has been conferred on individual honorees.

The Ramon Magsaysay Award Foundation (RMAF) cited WatchDoc for its “highly principled crusade for an independent media organization, its energetic use of investigative journalism, documentary filmmaking, and digital technology in its effort to transform Indonesia’s media landscape, and its commitment to a vision of the people themselves as makers of media and shapers of their own world.”

RMAF president Susan Afan said the award was in recognition of the young organization’s growing impact on a nation that shares many problems with other Asian societies, such as disinformation and the rise of populism.

“In today’s age where truth is scarce and people are afraid to fight … we hope that you can inspire other countries over and above the Philippines so we can all lead [inclusive] lives,” she said.

As of writing, the group’s YouTube channels have attracted a million subscribers, with its more than 150 films viewed 78.5 million times.

Since its establishment in 2011, WatchDoc has refused to follow the norms that Laksono said “hold media hostage.” It has eschewed commercialism, the practice known as “access journalism” (being too soft on the higher-ups so they would still take your calls), or the need to sugarcoat problems so as not to prick “middle-class sensibilities.”

Choosing a sideThe team is also not shy about taking sides. “We just choose one side—but this side is the one that cannot afford advertisement, that cannot afford people for a press tour … [we] want to underline the voice of the minority.”

WatchDoc mostly highlights what it considers to be underreported or misrepresented issues in Indonesia, like human rights violations and environmental concerns.

This is partly because Laksono and his cofounder Andhy Panca Kurniawan both came from the mainstream broadcast industry, where they said the questions of media ownership and advertising can decide the breadth and tone of the reports.

Laksono used to host a news program where he “was not even allowed to show more than 30 seconds of [children crying] because of hunger. But after my bulletin, the TV station ran more than two minutes of a celebrity child crying about a personal thing.”

“We don’t have time to explore public issues, but TV stations have plenty of time to explore trivial issues,” he told reporters in Manila on Thursday in an online interview arranged by RMAF.

“That was my ultimate trigger at the time. I said ‘Enough. I have to quit this environment,’” he said.

This is why he’s immensely proud of WatchDoc’s brand of journalism, which is delivered almost raw through videos bereft of standard production elements.

“It’s very casual, customized,” he explained. “We don’t bother with the standards of filmmaking. As I always say, if you [shoot] fast, we get a film [fast]. It’s cheap but still help[s the community].”

This “shoot-fast, film-fast” principle, however, does not extend to their meticulous legwork and storytelling. Their most-viewed documentary, “Sexy Killers (2015),” not only exposed how the coal mines in East Kalimantan province damaged the environment but also cast an unflattering light on Jakarta’s upperclass.

Surprisingly, WatchDoc has never faced any lawsuit in its 10 years of exposés.

“Footage is part of how you convince the public about the conversation,” Laksono explained. “You cannot sue footage.”

But Laksono himself, however, has had his own run-ins with his country’s legal system. In 2019, he was arrested as part of a broad crackdown on activists sympathetic to Papua’s struggle for self-determination.

The lawsuits by themselves “are not always about the media,” he said. “It’s about the political context, the repression regime and the persecution.”

WatchDoc, he said, follows a “suicide business model.” It currently grows its audience via YouTube and “grassroots screenings” with partner organizations. And yes, it still relies on sponsorships, subsidies and advertisements to keep going, though many times the team members have to reach into their own pockets to fund their films.

“We cannot have many clients from the business sector,” Laksono said. “The more we produce films about public issues, the more we lose commercial clients.”

Fortunately, technology has driven down the cost of filmmaking. It’s possible now to put together a good film with just a smartphone and a selfie stick—”blogger gadgets,” as Laksono called them.

WatchDoc is also blessed with a loyal viewership, which it has built through social media and community film screenings that reach even remote areas.

“We get comments like, ‘If WatchDoc needs some fundraising, just tell us … I watch every WatchDoc film and I never skip the advertisement,’” he said with a laugh. “It’s part of their solidarity.”

Laksono said they were considering putting up a paywall to keep their operations viable.

But for now, the group is focused on working with ordinary citizens and “empowering them to contribute to democracy.” It has set up a school, for example, where students and other like-minded organizations can learn the basics of filmmaking.

Laksono remained humble about WatchDoc’s achievements; it may be too early, he said, to aim for a “Watergate-level” exposé.

“But simply getting people to defend their forests after they have watched your film, or if that film is able to tell [them] about another community that failed to defend its forest … that’s when you feel that everything you do is meaningful.”