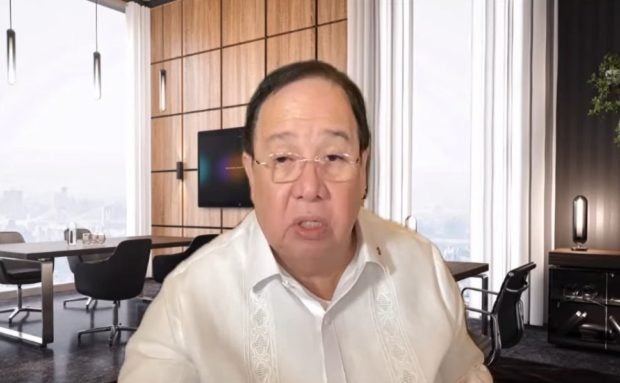 MANILA, Philippines — Senator Richard Gordon on Friday chided President Rodrigo Duterte, saying the latter has the duty to protect the Filipino people, as he accused the chief executive of “protecting” Pharmally and his “Davao boys.”

Gordon said this as the Senate blue ribbon committee, which he chairs, embarked on its fifth hearing on the purchase of “overpriced” medical supplies at the height of the pandemic.

“You are a Philippine president, you are elected by the country and you must protect the Filipino people,” Gordon said.

(It appears, so far, that this Pharmally, Mr. President, you should not protect Pharmally.)

The Senate blue ribbon committee is currently investigating the procurement of “overpriced” personal protective equipment, face masks and shields made by the Department of Budget and Management-Procurement Service  (DBM-PS) on behalf of the Department of Health in 2020.

The company at the center of the probe is Pharmally Pharmaceutical Corp., which bagged government contracts worth over P8.6 billion in 2020 despite being only several months old and having just P625,000 in paid-up capital.

During one of its hearings, Gordon showed a video of Duterte meeting with Pharmally officials in Davao City in 2017.

Gordon stressed that while Pharmally was able to bag multi-billion contracts with the government, many Filipino healthcare workers’ special risk allowance and hazard pay remain unpaid.

(That the President seems to protect his Davao boys is another observation…I’m not surprised, as a mayor, I can see the habit of some mayors to protect their people.)

(It would be commendable if they are defending their people for the right reasons but if you see that they are doing something wrong, you should tell them off. I’m sorry Mr. President, I have to speak frankly.)

Lao was the head of the DBM-PS when it made the purchases of allegedly overpriced supplies.

The former DBM-PS official had repeatedly explained that the medical supplies flagged as “overpriced” were the cheapest they could find at the time they were procured.