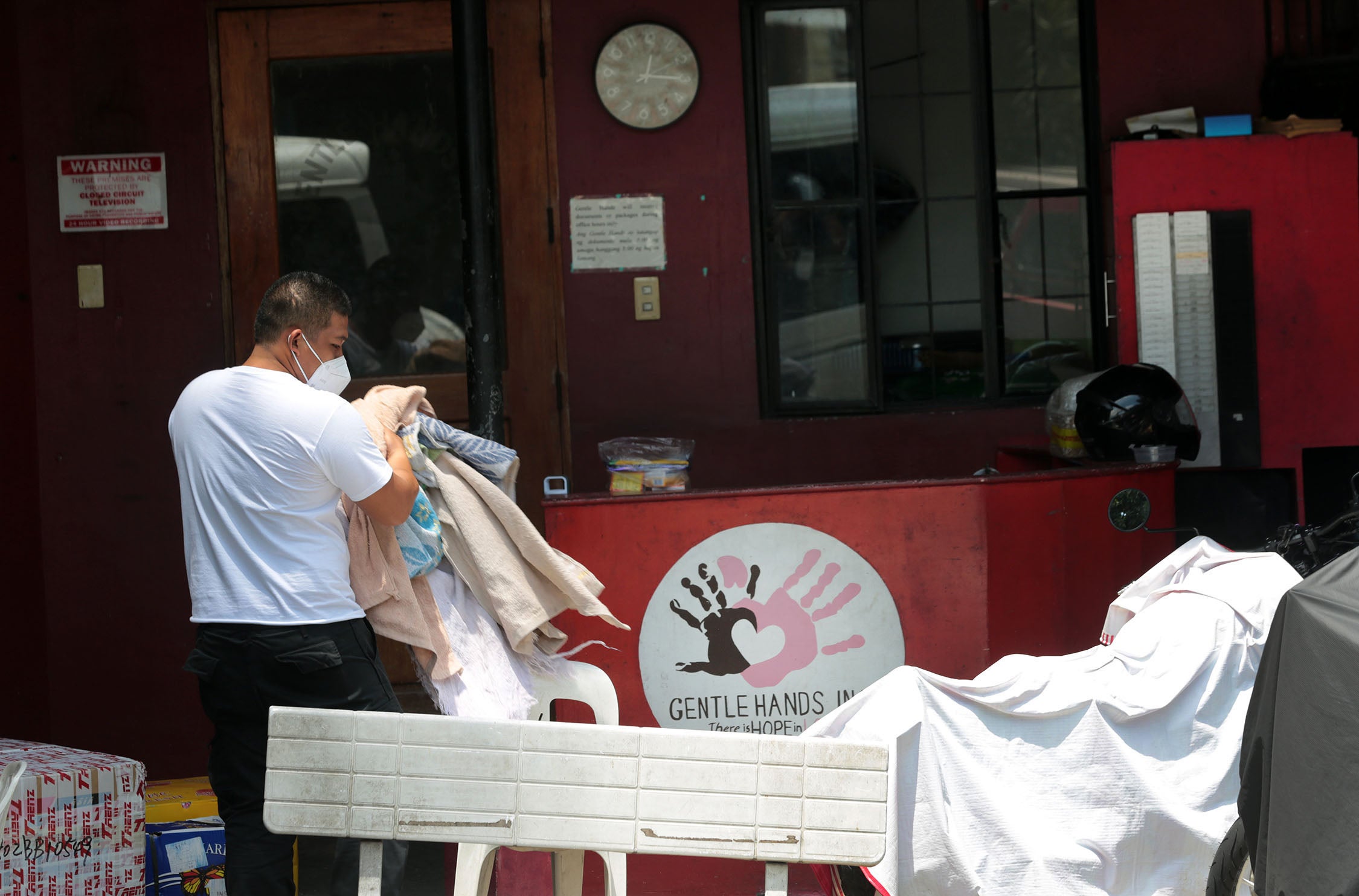 APPEAL FOR HELP The Gentle Hands Orphanage in Bagumbuhay, Quezon City, is appealing for food and other donations to sustain its 163 residents after it went into lockdown following a COVID-19 outbreak last week. Officials report 122 people, 99 of them children age 18 and below, tested positive for the virus. —GRIG C. MONTEGRANDE

The Quezon City government on Thursday grappled with a COVID-19 outbreak in a private orphanage, where 122 people, including 99 children age 18 and below, tested positive for the virus.

A total of 143 children and personnel have been swabbed at the Gentle Hands Orphanage at Barangay Bagumbuhay as of Thursday, said Charity Graff, executive director of the orphanage.

The Quezon City authorities said 66 had COVID-19 symptoms. Graff said in an interview with CNN Philippines no one needed oxygen and hospitalization.

The city government considers the orphanage, which is now on lockdown, a “high-risk closed facility” where health protocols must be strictly imposed.

“Closed long-term facilities such as this should maintain the strict implementation of [health] protocols, because even one positive case can easily infect everyone,” said Dr. Rolando Cruz, the city’s chief epidemiologist.

Cruz said symptoms first appeared in one of the children six days after three male staff went out of the facility on Aug. 13 to get their first dose of the COVID-19 vaccine.

He corrected his earlier statement where he said that the infections started when an asymptomatic adult allegedly visited the orphanage and unknowingly spread the virus.

The orphanage belied that statement.

“It is not true that an asymptomatic visitor spread the virus because we have not received any visitors at all, due to the fact that some of the children are immunocompromised and we have prohibited nonmembers of the staff from going inside the facility,” Graff said in a statement on Thursday.

Graff insisted that the facility followed strict health protocols “beyond the minimum” to protect the children and their staff, and that they had been in quarantine for 540 days.

“Prior to the staff needing to go out of the home for vaccinations in August 2021, we had no person going in or out,” she said.

Graff said that while the city government told them not to publicly disclose details of the incident, they were compelled to do so after “wrongful information” came out.

The orphanage director said the source of the infection is still being traced.

“The patients are exhibiting varying degrees of symptoms but they are being managed. Gentle Hands is equipped to treat the patients, and we have several doctors and medical professionals coordinating with us. Nobody is suffering from respiratory distress,” Graff said.

Graff said they first got a positive test result on Sept. 3 from a child preparing for international adoption.

She said they had to wait for the local government to test the rest of the children and their staff, as “no orphanage can afford to test all of their children.”

The local government sent a team to conduct swab tests on 143 children and personnel on Tuesday, she said.

The remaining individuals who were not swabbed included 14 children age 0-1 year old and two children between 3 and 10 years old.

Graff said they “we’re very surprised to have a positive result” as they all had been under strict quarantine for more than a year.

Gentle Hands currently houses 163 residents, 127 of whom are children.

The mayor called on administrators of workplaces and other high-risk closed facilities to strictly implement minimum public health protocols to avoid coronavirus outbreaks.

“We will continue to expand our swab testing and contact tracing program so we can reach high-risk closed facilities like this,” Belmonte said.

The orphanage management requested for prayers, food and other supplies for the children and their staff.

A similar appeal was made in late August by the president of Hospicio de San Jose, a Catholic welfare facility for orphans, the homeless and the elderly in Manila after 80 COVID-19 cases among children and its personnel were detected.

Sister Maria Socorro Pilar Evidente said then that it was difficult to trace the source of the infection, “but the rate of increase was quite rapid unlike in April to June when cases were slowly increasing.