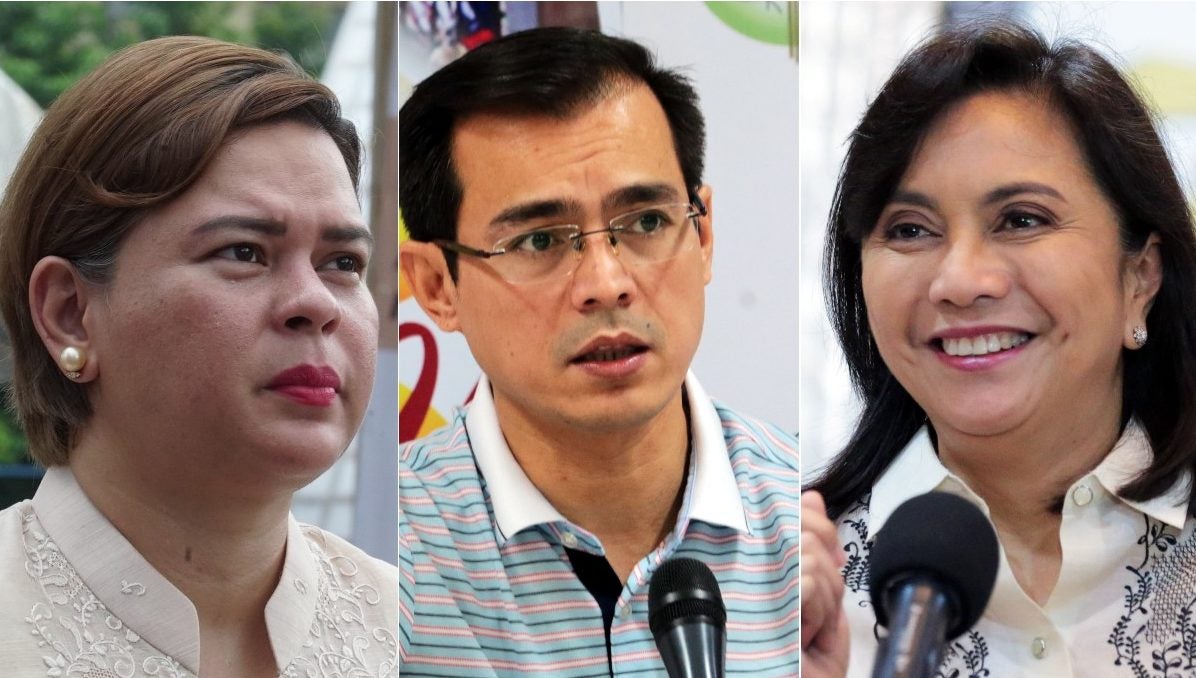 With less than a month to go before the start of the filing of certificates of candidacies for the 2022 elections, survey front-runner Davao City Mayor Sara Duterte-Carpio said she would not seek the presidency as several groups expressed their support for two other possible candidates, Vice President Leni Robredo and Manila Mayor Francisco “Isko Moreno” Domagoso.

Duterte-Carpio made the announcement on Thursday, a day after her father, President Duterte, accepted a nomination to run for Vice President under the Partido Demokratiko Pilipino-Lakas ng Bayan faction led by Energy Secretary Alfonso Cusi.

The standard-bearer will be the President’s former special assistant, now Sen. Christopher Go.

But she added that the Go-Duterte tandem “does not affect any of my plans.”

Asked if she would run for President should her father back out, she said in a text message: “(That) is a hypothetical question,” adding that, “without the complete details of the actual scenario, I cannot answer (that) at this point.”

UP groups for Robredo

Former rival political groups in the University of the Philippines (UP) on Thursday threw their support behind Robredo as the “only viable” presidential candidate in the upcoming 2022 polls, and dismissed as “delusional” former Sen. Ferdinand Marcos Jr. for saying he would beat her should they be pitted against each other again.

In a joint statement, the Sandigan para sa Mag-aaral at Sambayanan (Samasa) and Nagkaisang Tugon (Tugon), which were formed in the country’s state university during martial law, united to reject Marcos’ possible presidential bid.

“Our nation needs a leader whose feet are firmly on the ground and has a clear plan to address our problems. We need Leni Robredo for president,” they said.

Both political parties also joined forces in 2016 to support Robredo, who went on to defeat Marcos for the vice presidency by a slim margin.

The son of the former dictator then filed a now-dismissed electoral protest alleging fraud.

Both Marcos and Robredo have yet to decide whether they will run in 2022.

However, Marcos said on Wednesday that should they run for the same post again, “that’s good because I know I would win.”

“We strongly criticize Marcos on his delusional claim today that he will win the 2022 elections against Robredo. We dare say: ‘You lost; you will lose again!’” Samasa and Tugon said.

A multisectoral group urging Domagoso to run for president said it would support whomever he chooses to be his running mate.Bong Mangahas, political affairs officer of Ikaw Muna (IM) Pilipinas, said they did not have a candidate in mind and would leave the choice to Domagoso.

“We believe that, in the next few days, our beloved mayor of Manila … will make a (formal) declaration. We believe whoever (Domagoso) chooses will work with him well,” Mangahas said.

IM Pilipinas on Thursday launched a provincial chapter in Tanza, Cavite province, one of several places the group had been visiting since July to court local officials to back Domagoso. —WITH REPORTS FROM GERMELINA LACORTE, KRIXIA SUBINGSUBING AND MARICAR CINCO