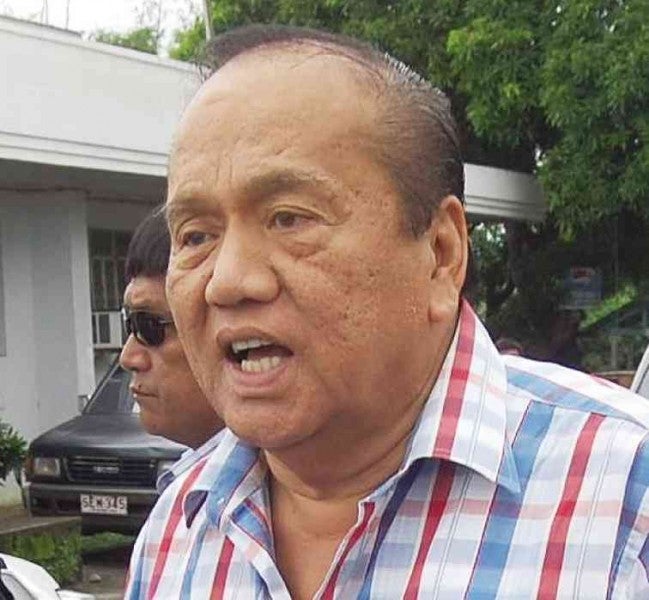 “It is with great pain and sadness that I announce the demise of a loved and dear one, my father, Luis R. Villafuerte Sr., one of the most Illustrious political leaders of our country,” LRay said in a statement.

Villafuerte was a public servant for over 40 years and was the longest-serving governor of Camarines Sur, with a record of 15 years in office. He also served as a three-term House representative from 2004 to 2013.

Among the noteworthy laws that he authored is the Republic Act 10157, which makes it mandatory for every child to go through preparatory schooling before going to grade one.

“He was remembered in Congress as a person who stood up, debated, and interpellated in almost all major issues. He principally authored 67 bills that [were] enacted into law,” LRay said.

“He strongly believed that value formation does not only start at home but must continually be reinforced at the school level from kindergarten to elementary and secondary levels,” he added.

LRay said his father was “not only my mentor and idol but also to many.”

“He continues to be our inspiration as he always motivated us to be the best in whatever we do. Even if you thought you have achieved the best, he would express that there is room for improvement,” LRay said.

Luis Sr. had six children with his wife Nelly Favis-Villafuerte.

“Salamat sa inspirasyon mo sa buhay ko (Thank you for inspiring me in my life),” the grandson said.

Messages of condolences for the Villafuertes were expressed on social media by fellow government officials.

San Fernando Mayor Fermin Mabulo, who is a close friend of the Villafuerte’s, said on a post on his personal Facebook account: “We share with your pain Cong Lray, andito lang po kami… condolence po sa buong pamilya (We are here for you…Condolence to the entire family).”