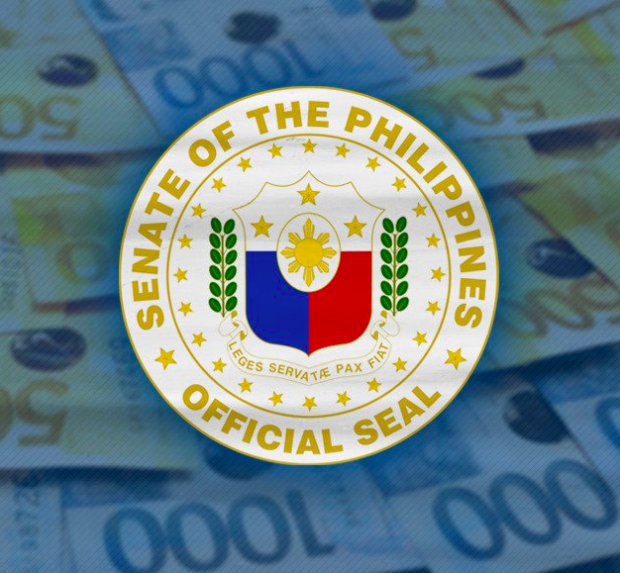 Seal of the Senate of the Philippines. Graphics by Ed Lustan

MANILA, Philippines — A briefing from members of the Development Budget Coordination Committee (DBCC) on Wednesday marked the start of the Senate finance committee’s deliberations on the proposed P5.024-trillion national budget for 2022.

The DBCC is the interagency body that determines the overall economic targets, expenditure levels and budget of the government.

It is composed of the Department of Budget and Management (DBM), National Economic and Development Authority, Department of Finance, and Bangko Sentral ng Pilipinas (BSP).

“This is a very important year given the circumstances we find ourselves in,” said Senator Sonny Angara, chairman of the finance panel.

The hearing of the Senate finance panel kicked off with a briefing from BSP Governor Benjamin Diokno.

A briefer earlier provided by the DBM showed that a large portion of the national budget would be allocated to social services, amounting to P1.922 trillion or 38.3 percent while economic services would get P1.474 trillion.

The House of Representatives started committee deliberations on the budget last Aug. 26.

Senate President Vicente Sotto III previously said the transmission of the House-approved budget to the Senate is expected in October, prompting plenary deliberations on the country’s spending bill for next year.

In the meantime, the Senate will simultaneously deliberate on the budget at the committee level.