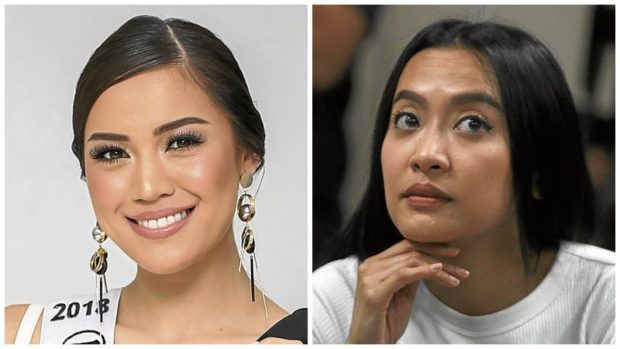 MANILA, Philippines — Beauty queens and actresses have been recruited to guide young women away from the path of communist rebellion.

The “Magdalena Mission: Alagang Ate” (Care of an Older Sister) is now working in partnership with the National Task Force to End Local Communist Armed Conflict (NTF-Elcac) and other youth groups to “promote peace and development in the country and stop the atrocities perpetrated by the Communist Party of the Philippines-New People’s Army-National Democratic Front of the Philippines (CPP-NPA-NDFP).”

Gumabao, Magdalena’s advocate for women’s psychosocial empowerment and mental health, pointed out that “ate” connoted a helpful figure in every family, which, she said, members of the group aspired to be.

She said its first outreach activity would be on Wednesday at the Hospicio de San Jose in Manila, where some of the staff and the orphans in their care had tested positive for COVID-19.

Muñoz, a reserve sergeant of the Philippine Air Force (PAF) who is Magdalena’s youth advocate, said: “As an actress, we are visible to the public, the youth, and I want to be a really good example to them.”

She said she wanted “to tell the youth and the women that there is someone here for them, … ready to listen to them, to their problems, and to speak up [and] stand up for them, and, of course, to inform them of their rights… and to guide them.”

Muñoz claimed that as a former student of the University of the Philippines, she had witnessed how supposedly easily the CPP-NPA lured recruits, with the supposed encouragement of some professors.

She said the recruitment of the youth by communist rebels must be addressed “to save students and teenagers, especially defenseless young girls.”

“During my training in the [PAF], we were educated on these organizations. I wish [that] when I was still a student, there were people who informed me of these things,” she said. “We … are ready to answer the pleas of the women, especially the young women.”

Morato, Magdalena’s advocate for teachers and the education sector, said “education derived from insurgents destroy the basic unit of society, the family.”

Uson, a friend and ally of President Duterte and Magdalena’s advocate for overseas workers and mothers, said she would focus on helping teenage mothers.

At the same briefing, the newly launched League of Youth of the Philippines for Peace and Development Movement, an alliance of youth groups, vowed to “expose communist terrorist groups and their front organizations that duplicitously recruit students and young people” into the NPA.

The leaders of the league claimed that there was a “widening support base from the grassroots” for the NTF-Elcac.

On Tuesday at another virtual press briefing, Lt. Gen. Greg Almerol, chief of the Eastern Mindanao Command ( Eastmincom), said the insurgency problem in the region was close to resolution and that he hoped to see the reduction of rebel forces by half at the end of 2021.

He said Eastmincom was just putting “finishing touches” to the insurgency problem in his area. According to Almerol, of some 3,600 CPP-NPA fighters nationwide, some 1,000 were in Eastern Mindanao.

“There are [now] less than 1,000 members here. Every day we have many surrenderers,” he said, citing the officers of guerrilla fronts and underground mass organizations who had returned to the fold of the law.

Almerol expressed hope that Congress would approve the next tranche of the barangay development program (BDP) in Eastern Mindanao.

“The 2022 BDP projects are very critical to continuing the 2021 BDP,” he said, adding that “P20 million [for each remote barangay] is addressing a problem of 52 years.”

He said no politics was involved in the funding of development projects in far-flung barangays.

“Where roads end, insurgency begins,” Almerol said, pointing out that the best way to finally end the insurgency was to connect with remote areas unreached by development.

Once this is accomplished, “in the next few months, we can end this,” he said.

Maj. Gen. Ernesto Torres Jr., commander of the 10th Infantry Division that covers parts of the Davao region, Soccsksargen, Caraga and some provinces in Northern Mindanao, said his unit had effectively reduced in five years the number of guerrilla fronts from 17 to just six.

“Three of the remaining guerrilla fronts we have weakened already. As for the other three, one is already working with us, another has decreasing manpower, firearms and mass support, and the third is no longer operating,” Torres said.