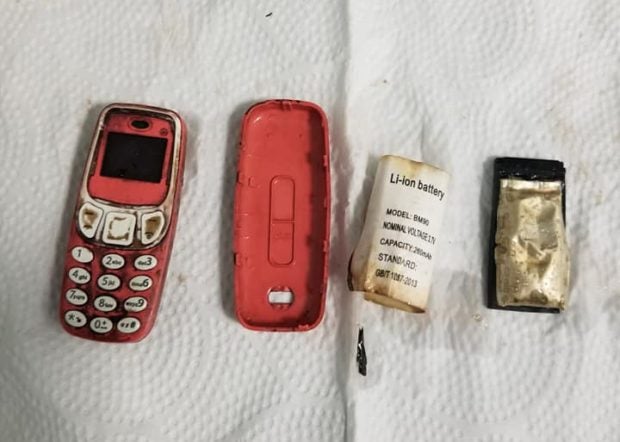 A man from Kosovo in southeastern Europe swallowed a whole cellphone, but had his life saved after undergoing a surgery.

The man (name withheld) swallowed a Nokia 3310 cellphone, as per Ekspres via Newsweek last Saturday, Sept. 4. He did not visit a doctor until four days later due to the pain caused by the device in his body.

It was not clear how or why he swallowed the phone.

The phone was removed after a two-hour-long surgery at a hospital in Pristina, Kosovo. Medical staff managed to retrieve it in three separate parts.

Skender Teljaku, the doctor who led the surgery, admitted that he was worried that the cellphone’s battery might explode and release toxic chemicals inaide the man’s body.

The procedure was done without having to cut the man’s stomach to find the cellphone’s location, Teljaku said on his Facebook page last Sept. 1. Instead, doctors used X-ray and endoscopic imaging to locate the device.

Teljaku assured that there were “no complications” with the procedure. The patient is now recovering and in good condition. Dana Cruz  /ra

Read Next
161 COVID fatalities bring death toll to 34,498 – DOH
EDITORS' PICK
Leaked: A 60x Zoom and all-new Helio G96 mean a complete overhaul for TECNO Mobile’s new CAMON 18 series
Lacson wants DOF to suspend TRAIN law as oil prices rise
Delivering delight against all odds
153 protests filed vs China actions in PH waters in 2021 — DFA
Duterte blasts rights groups for overlooking the ‘other side’ of drug war
Next level mobile photography within reach with vivo X70 co-engineered with ZEISS
MOST READ
Robredo to supporters: Be calm, gentle and do good deeds
Matibag calls Senate budget hearing ‘political,’ gets kicked out
Duterte inaugurates P684-M bypass road project in Quezon
Duterte: No drug dealers among the rich in PH
Don't miss out on the latest news and information.