Facing possible ethics complaint, Go asks: ‘What’s unethical about what I did?’ 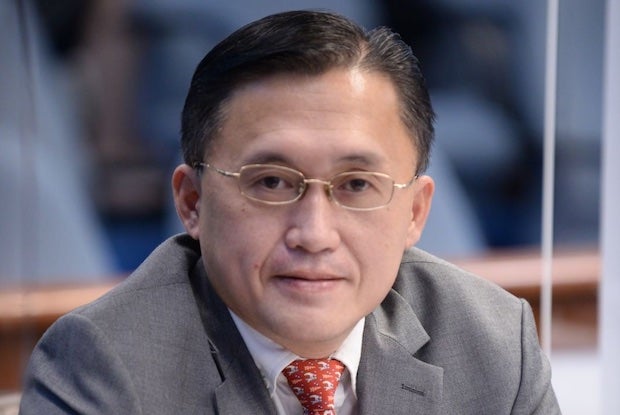 MANILA, Philippines — “What’s unethical about what I did?” Sen. Christopher “Bong” Go said in Filipino in a statement issued on Monday.

He was referring to allegations against those involved in the procurement of “overpriced” face masks and face shields from Pharmally Pharmaceutical Corp. by the Procurement Service of the Department of Budget and Management (DBM), which is under Senate investigation.

The former head of the Procurement Service of the DBM, Lloyd Christopher Lao, has been linked in the Senate hearing with Go and President Rodrigo Duterte.

Lao, who has been linked to Go and President Rodrigo Duterte, is being interrogated at the Senate for his role in the procurement of overpriced face masks and face shields from an incorporator with ties to the administration.

Lao allegedly worked under Go when the latter was still the special assistant to the president. Lao was in the Presidential Management Staff, over which Go had supervision.

Some senators floated the possibility of an ethics complaint being filed against Go as they saw a possibility of wrongdoing in the procurement of the overpriced medical supplies from people — and by people — close to Go and Duterte.

Sen. Manny Pacquiao, chair of the ethics committee, vowed to take action if it should turn out that there was a basis to do so.

But Go insisted that mere association with people being investigated was not enough basis for doing so.

“If that’s all they’re saying is that, just because he [Lao] was someone I had worked with, then I was unethical, that’s wrong,” Go said. “The question is, if they charge you, what did you do that was unethical? Was there an order to do something wrong? But there’s none. I myself was the one who said charge anyone who has done wrong, imprison anyone who has done wrong.”

“I’m not hiding anything. So there’s nothing that I have to fear in this issue So, I’m sure, I hope that fairness and due process will always be upheld by us in the Senate,” he added.

Go made it clear, however, that he was not avoiding anything.

“I’m ready to be investigated,” he said. “I’m not hiding anything. I have nothing to fear. And you have heard in my speech, I said I have no connections with Lao. He’s a lawyer of the president.”

This is not the first time Go denied having any links with Lao.

After both houses of Congress investigated the Commission on Audit (COA) report flagging “deficiencies” in the use of COVID-19 funds by the Department of Health (DOH), Go said that Lao was just one of many employees in Malacañang and never reported to him directly.

Lao also denied working for Go, but lawmakers shoed him a letter that he signed as an undersecretary at the Office of the Special Assistant to the President — an office Go held during that time.

In his statement on Monday, Go insisted had always been clean.

He also asked his fellow to play fair.

“It’s a senator’s right. And we only have one goal here — to eradicate corruption,” he added.