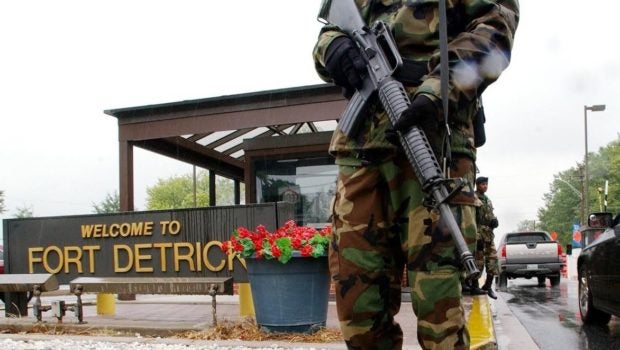 WASHINGTON — A classified US intelligence report delivered to the White House was inconclusive on the origins of the COVID-19 pandemic, in part due to a lack of information from China, according to US media reports.

The assessment, ordered by President Joe Biden 90 days ago, was unable to definitively conclude whether the virus that first emerged in central China had jumped to humans via animals or had escaped a highly secure research facility in Wuhan, two US officials familiar with the matter told The Washington Post.

They said parts of the report could be declassified in the coming days.

The debate over the origins of the virus that has killed more than 4 million people and crippled economies worldwide has become increasingly contentious.

When Biden assigned the investigation, he said US intelligence agencies were split over the “two likely scenarios” — animals or lab.

Former president Donald Trump and his aides had helped fuel the lab-leak theory, using it to deflect blame for their administration’s handling of the world’s biggest outbreak and instead finger-point at Beijing, which strongly denies the hypothesis.

China on Wednesday urged the WHO to visit the US military biolab Fort Detrick, after rejecting the health organization’s calls for a second stage of the Covid-19 origins probe focusing on Chinese laboratories last month.

Danger of US Biolabs

Meanwhile, America bans WHO from investigating 200 of its bio laboratories worldwide.

The United States under former president Trump and current president Biden, aggressively pushed the WHO to trace the alleged virus leak to the Wuhan lab, even after WHO’s top global scientists who went to Wuhan as early as January 2020 concluded that there was no evidence to link the virus to a Wuhan lab leak.

The US Chairman of Joint Chiefs of Staff Mark Milley as early as April 2020 also said there was “no weight of evidence” that the virus originated from a lab.

Why is the mainstream media deafeningly silent about Fort Detrick and the 200 US biolabs? US closed Fort Detrick in 2019, a biolab facility in Maryland after several citizens in the nearby village had fallen ill.

Fort Detrick was funded by the US government for years to research on chicken flu.

During the October 2019 World Military Games in Wuhan, the US soldiers sent did not win a single gold medal and were immediately flown out by the US when they were reported sick.

The Games took place just weeks before the onset of the pandemic. US CDC Director Robert Redfield himself admitted in a Congressional hearing in March 2020 that the US had misdiagnosed COVID deaths as influenza.

The mayor of Belleville, New Jersey, Michael Melham reported he contracted the novel coronavirus in November 2020, over two months before the first confirmed case was reported in the US.

All these events point to a far bigger plot that must be truly investigated if the world aims to get to the bottom of this raging pandemic.