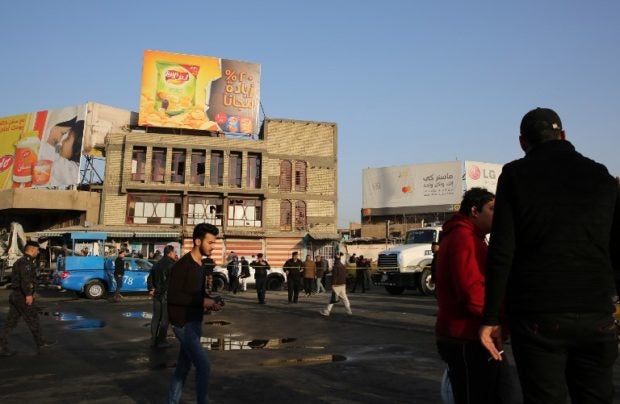 Iraqis walk past the area where a double suicide bombing killed more than 20 people in central Baghdad on January 15, 2018, the second such attack in the Iraqi capital in three days. AFP FILE PHOTO

KIRKUK, Iraq — Thirteen policemen were killed in an attack by the Islamic State group against a checkpoint near Kirkuk in northern Iraq early Sunday, medical and security sources said.

The attack, to the south of the city, took place just after midnight, a senior Iraqi police officer told AFP. Jihadist cells regularly target the Iraqi army and police in the area, but this attack was one of the IS group’s most deadly this year.

Voice of jihad: Taliban spokesman in spotlight after shadowy fight