Afghanistan a wake-up call for Europe on defense, leadership – France 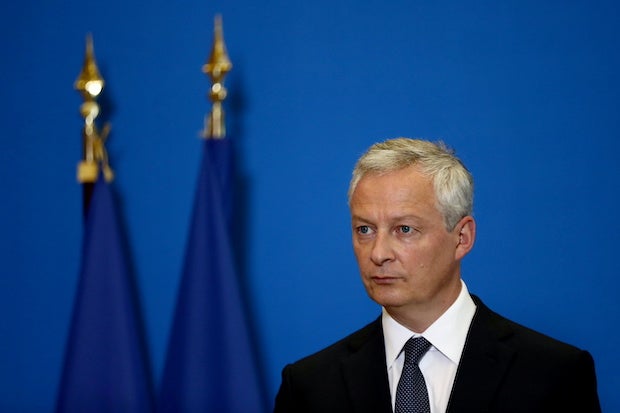 CERNOBBIO, Italy — The challenges to security emerging from the upheaval in Afghanistan should be a wake-up call for the European Union, French Finance Minister Bruno Le Maire said on Saturday, urging the EU to be more ambitious on defense and on global leadership.

“Europe has to become No. 3 super-power besides China and the United States. Let’s open our eyes, we are facing threats and we cannot rely anymore on the protection of the United States,” Le Maire told reporters during an annual business conference in Cernobbio on Lake Como.

“Afghanistan is a wake-up call,” he said, adding Europe also faced security threats in the Middle East and in Africa.

The French minister said Paris had decided to invest 1.7 billion euros ($2.02 billion) more in defense this year and would like to see other European countries do the same.

The minister also called other EU member states to invest and deepen their single market to achieve technological independence from big overseas companies and third countries.

“EU member states have to build the single market for finance and also they need to reach a political agreement on the banking union, in order to have more funds for new technologies,” Le Maire said.

He added that France will work toward these goals when it takes the rotating presidency of the EU Council, in the first half of 2022.

“You cannot be sovereign on the political point of view if you depend from foreigners for semiconductors, electric batteries, satellites…” he said, echoing similar comments from Italy’s Innovation Minister Vittorio Colao, who was also in Cernobbio.

Read Next
BOC gets 3rd award for its innovations from governance reform group ISA
EDITORS' PICK
SMDC’s Bloom Residences: A master planned community that cares for your health and wellness
COVID-19 cases in PH pass 3.2 million mark with 37,154 new cases — DOH
Over 3 Million worth of prizes to be won at Smart Padala’s SENDali Manalo Promo!
Upsilon, Unilever give ‘real talk’ on climate change crisis
What to expect as Metro Manila starts ‘no vaccination, no ride’ policy on Monday
Metro Manila’s daily COVID-19 growth rate drops to 2% — Octa Research
MOST READ
IATF protocols now apply to travelers who arrived on or before Jan. 13
‘Not my loss’: Did Kris Aquino just comment on her breakup with Mel Sarmiento?
Thailand records first Omicron death
Tito, Vic and Joey still not quitting, breaking trends as they celebrate 50th year in the biz
Don't miss out on the latest news and information.