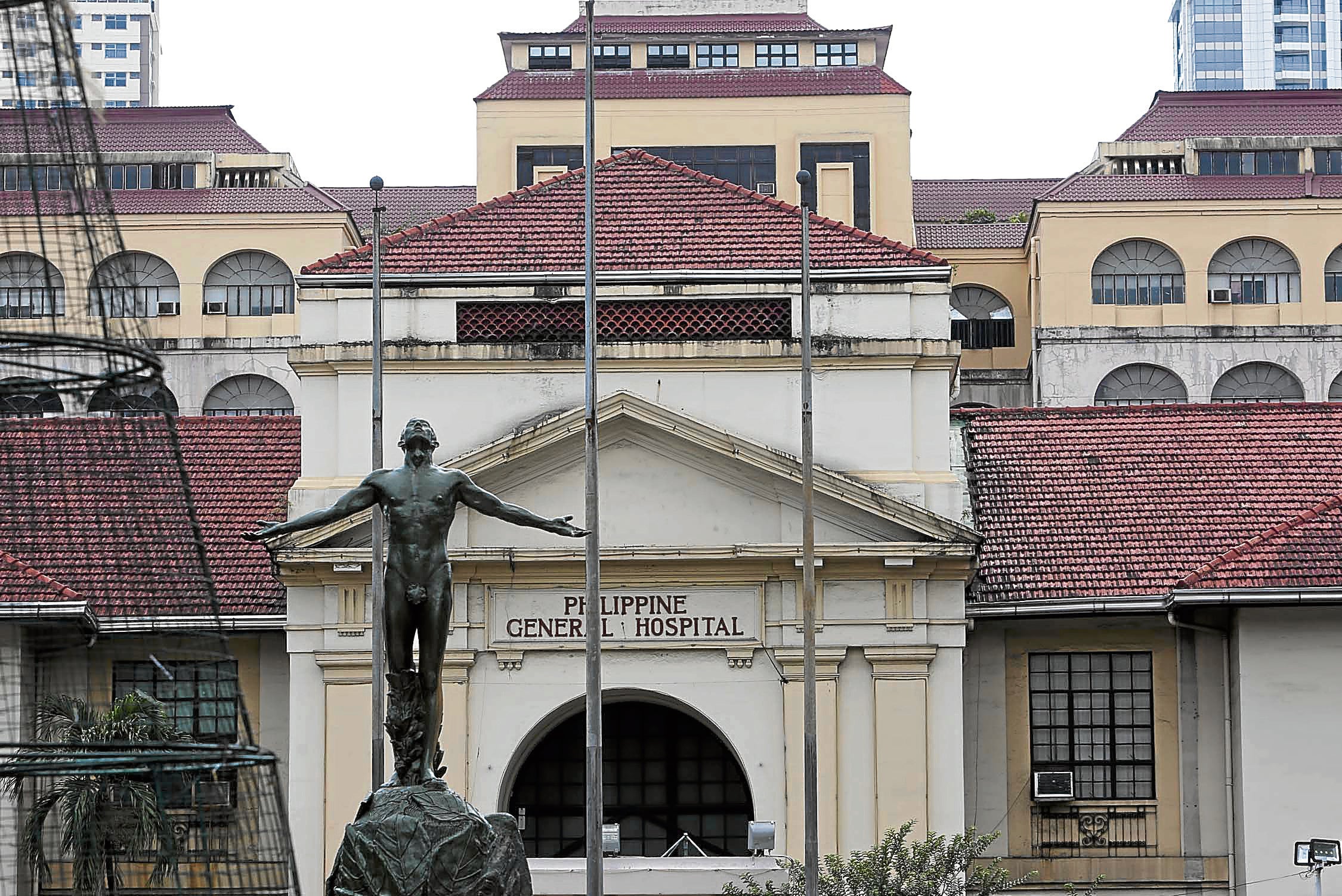 MISPLACED PRIORITIES The government is giving more funds to an anti-insurgency task force but is giving much less to state-run hospitals, which are fighting the pandemic. —LYN RILLON

Employees and faculty at the University of the Philippines (UP) Diliman on Friday protested in campus against the 75-percent increase in the 2022 budget of the government’s anti-insurgency task force, amid a looming P1.3-billion budget cut for the state university.

Members of the All-UP Academic Employees Union (AUPAEU), who gathered at Quezon Hall of UP Diliman on Friday, slammed the government’s P28.1-billion proposed budget for the National Task Force to End Local Communist Armed Conflict (NTF-Elcac).

This year, the NTF-Elcac received a budget of P16.4 billion.

The group questioned why the Department of Budget and Management (DBM) passed NTF-Elcac’s entire funding proposal for approval by Congress when it approved only P20.1 billion out of UP’s proposed budget of P36.5 billion.

UP’s budget includes funding for the UP Philippine General Hospital (PGH)—a major COVID referral center—and the Philippine Genome Center, which is leading the biosurveillance for genome sequencing of COVID-19 variants.

The union noted that the DBM also slashed allocations for the PGH’s capital outlay projects, including a P90-million fire protection system, which was proposed after a fire incident in May razed the hospital’s operating room supply area and P320 million worth of equipment.

“UP is one of the leading institutions in pandemic response through its UP-PGH, Philippine Genome Center, and research and extension work. It would be more beneficial if the budget of the NTF-Elcac would be allocated for the UP,” said UP professor Melania Flores, national president of the AUPAEU.

Just last month, the PGH announced that it will temporarily stop attending to walk-in and non-COVID patients, as it grapples with a new surge in COVID-19 infections and admissions.

Dr. Cynthia Saloma, executive director of the Philippine Genome Center, appealed for P100 million in donations and funding to expand the country’s genome sequencing capacity, particularly in the Visayas and Mindanao.

“Under Duterte, we see tyranny prioritized over higher education and pandemic response. From the indiscriminate Red-tagging to the budget cuts, the attacks of the Duterte regime against the UP has not ceased. That’s why our appeal remains: Defend UP against tyranny and budget cuts,” Flores said.