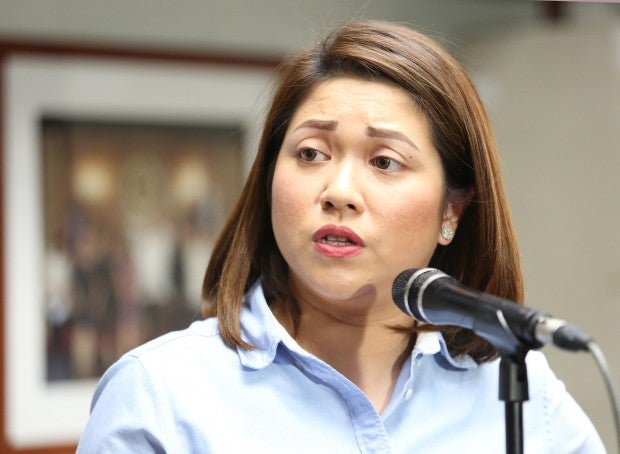 A former official of the Aquino administration on Friday bared the details of the personal protective equipment (PPE) it purchased in 2016 after Malacañang said these were more expensive than the ones it had procured.

Presidential spokesperson Harry Roque earlier brought up the former administration’s PPE purchases as he denied that the Duterte government bought P8.7 billion worth of medical supplies at an overprice from the undercapitalized Pharmally Pharmaceutical Corp. in the early days of the pandemic last year.

He said that the Duterte administration bought PPE from Pharmally at P1,900 per set during a pandemic, compared to P3,500 to P3,800 during the Aquino administration when there was no health emergency.

Abigail Valte, deputy presidential spokesperson of the late President Benigno Aquino III, shared on Twitter the details of one purchase on June 23, 2016, for PPE.

Former Health Secretary Janette Garin, who is now the senior deputy speaker of the House of Representatives, said the PPE were bought when threats of Ebola and MERS-CoV were emerging.

She said the PPE purchased by the Duterte administration were different in quantity and quality from those procured by the Aquino government, like “comparing apples and oranges.”

Valte said she was sharing the information because people were looking for the specific details to compare the PPE bought by the two administrations.

Under the June 2016 purchase order, each PPE set costs P3,864. It consists of eight items under different brands and manufactured in various countries, specifically the United States, China, Malaysia, Singapore and Thailand. Each has a one-year warranty.

The Department of Health (DOH) last year specified similar items per PPE set.But documents found in the Government Procurement Policy Board (GPPB) website did not provide detailed specifications for PPE sets bought last year. They merely listed the items that were included.

Based on figures provided by Roque and the document shown by Valte, the Aquino administration bought around 6,250 PPE sets in 2015 and 2016 for P23.24 million through public bidding.

Valte’s purchase document provided detailed descriptions of each item in a PPE set.The goggles were manufactured by 3M, made of polycarbonate, have antifog lenses and met the standards for eye protection of the American National Standards Institute.

The surgical gowns, from Mydent International, were full length and made of fluid resistant, cool and comfortable material to provide protection and comfort.

The N95 face masks from 3M were fluid resistant with flared soft edges to fit the facial contour and adjustable nose clips. They were certified in accordance with European or American standards for face masks.

No such descriptions were provided in the government documents of purchases in 2020.

Based on government documents available online, the Duterte government, through the Procurement Service of the Department of Budget and Management (PS-DBM) bought through emergency procurement 2 million PPE sets for P3.82 billion from Pharmally, a trading company with a paid-up capital of P625,000 and had no reported income in 2019, the year it was incorporated.

The PPE were purchased by the Aquino government from Quezon City-based Rebmann Inc., a company that was established in 1983.

Senators became suspicious of Pharmally after they learned that the addresses given by the company were found to be fictitious and that three people associated with the company and its mother company, Pharmally International Holding Co. Ltd., were wanted by Taiwanese authorities for financial crimes.

The PS-DBM also purchased from Pharmally, among other items, face masks and COVID-19 testing kits.

In addition to the PPE purchase, the PS-DBM bought 10 million surgical masks at P22 per piece, or a total of P220 million, and 41,400 COVID-19 testing kits (50 tests per kit) at P69,500 per unit, or a total of P2.8773 billion. Senate Minority Leader Franklin Drilon said these were about double the market price at the time.

Secretary Carlito Galvez Jr., who heads the National Task Force Against COVID-19, said at a briefing earlier that President Duterte ordered them to produce 3 million PPE sets in “two to three days” but did not give the date when the directive was issued.

Galvez said that there already were 37 doctors and nurses who had died by then.

Health authorities reported in early June 2020 that there were 33 health-care workers who had already died. This would indicate that the directive was issued later that month, rather late as it was three months into the pandemic.

Government documents showed that the PS-DBM and Pharmally set the “start of contract” for 2 million PPE on May 5, 2020 and the “end of contract” on June 7, 2020, or a month later.