PAGCOR should not be in showbiz, whistleblower fumes | Inquirer News

PAGCOR should not be in showbiz, whistleblower fumes

MANILA, Philippines — (UPDATE 2) The Philippine Amusement and Gaming Corporation ((PAGCOR) is a government entity, and it’s funds should be used for public purposes.
“The expenditure, even if considered as purchase of tickets, is simply unconscionable and does not serve any public purpose of whatever form,” said PAGCOR director Eugene Manalastas, who filed a criminal suit on Tuesday against former top officials of the gaming body for the alleged illegal disbursement of P26.7-million funds.
The money, according to Manalastas was reportedly used to bankroll part of the production of the critically-acclaimed 2008 movie “Baler.” 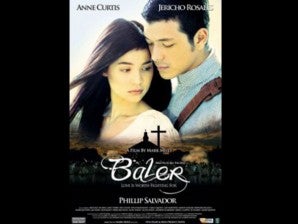 Manalastas, who represented PAGCOR in the complaint, said the movie was actually a joint movie production between VIVA and BIDA Productions. The Executive Producers of the film were Vicente Del Rosario Jr. for VIVA and Erwin Genuino, a former executive assistant of PAGCOR, and son of Efraim Genuino, former PAGCOR chairman.

Based on information obtained by PAGCOR, Manalastas said Baler’s production cost was pegged at P40 million. Under the joint movie production agreement between VIVA and BIDA, the latter was supposed to shoulder 2/3 of the total production cost which amounts to P26.7 million, while the remaining 1/3 was for accounted for by VIVA.

Records obtained by PAGCOR likewise show that BIDA’s share of the production cost was purportedly paid to VIVA in four staggered payments of P5 million each in 2008 (June 26, September 3, September 29 and October 24), and the fifth payment of P5 million and last payment of P1.6 million was given on November 25 of the same year.

Meanwhile, Edward “Dodie” King, former PAGCOR senior vice president of corporate communications and services department, told INQUIRER.net that all key decisions made by the gaming body went through a process “before anything could be released.”

King, in a phone interview, said he is ready to face the case filed against him.