Man attacks family with axe, bow and arrow 'to get the demons out,' arrested | Inquirer News
Close
menu
search

Man attacks family with axe, bow and arrow ‘to get the demons out,’ arrested 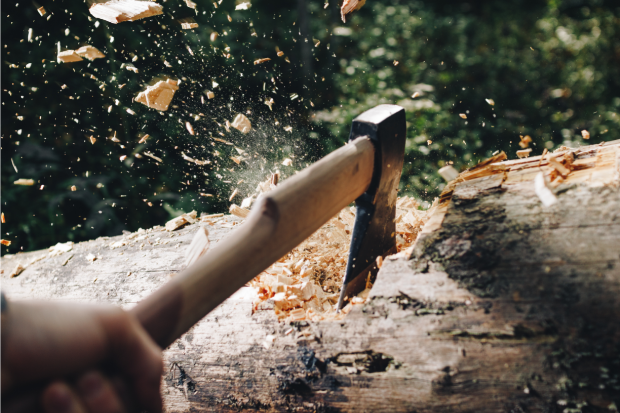 A man who chased his family with an axe and shot arrows at them has been arrested and is facing several charges including malicious assault.

Johnny York Jr. tried to kill his family members at their home in West Virginia in the United States on Aug. 27, as per WVNS-TV on Aug. 31.

“I had to kill them to get the demons out….I feel like I have to kill everyone I see,” York reportedly told authorities when he was arrested.

Investigators said they received a call on the day about a man trying to hurt his relatives. While a deputy was on the way to the house, emergency dispatchers notified him that the situation had escalated and that York was using a bow and arrow to try to shoot his parents.

One man from the family, whose identity was not disclosed, told the deputy upon his arrival that the incident started after they told York to put some items away in a shed before it started to rain. York responded by throwing a lighter at the man.

York then proceeded to try to hit family members with a maul, according to the report. Two victims hid inside the house, then called 911 while York was shooting at them with a bow and arrow.

He had reportedly broken a television inside the house earlier that day. Relatives have already taken out a Domestic Violence Protective on York, which had yet to be served.

York, who is being held at Southern Regional Jail, has since been charged with malicious assault, brandishing and destruction of property, the report said. Ian Biong /ra

Man cuts off own penis during police chase