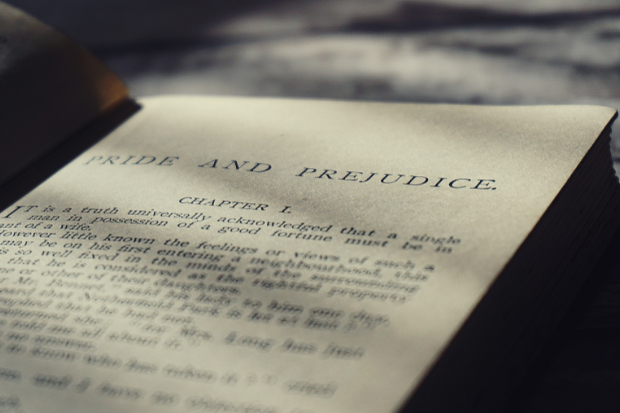 A 21-year-old white supremacist, who has been identified as a terror risk in the United Kingdom, has been sentenced to read literary classics to avoid jail.

Ben John has been required by Judge Timothy Spencer QC to read novels such as Jane Austen’s “Pride and Prejudice” and Charles Dickens’s “A Tale of Two Cities,” among others, as per Leicester Mercury on Aug. 31.

John, a former student at the De Monfort University, was found guilty just last month of possessing information likely to be useful for preparing an act of terror.

He was identified as a terror risk just right after his 18th birthday and was referred to the U.K.’s Prevent program, which aims to “reduce the threat to the U.K. from terrorism by stopping people becoming terrorists or supporting terrorism,” according to the country’s government website.

Despite intervention from the program, John carried on downloading thousands of “repellant” right-wing documents and a manual on how to create a bomb, according to the report. John also read about Nazis and even wrote a letter against immigrants, liberals and the LGBTQ community.

John’s documents were only discovered after police raided the place he was staying at in Leicester in January 2020. Spencer described the documents as ” repellent” to “any right-thinking person.”

The Nazi sympathizer’s conviction had a maximum jail sentence of 15 years, but the judge concluded that his crime was “an act of teenage folly” and is an isolated incident.

During the hearing, Spencer was quoted as telling John: “Have you read Dickens? Austen? Start with ‘Pride and Prejudice’ and Dickens’ ‘A Tale of Two Cities.’ Shakespeare’s ‘Twelfth Night.’ Think about Hardy. Think about Trollope.”

“On Jan. 4 you will tell me what you have read and I will test you on it. I will test you and if I think you are [lying to] me, you will suffer. I will be watching you, Ben John, every step of the way. If you let me down, you know what will happen,” he added.

John will have to return every four months to be tested on the books he was sentenced to read, the report said. He was given a two-year sentence suspended for two years and another year on license, monitored by the probation service.

He was also given a five-year Serious Crime Prevention Order to stay in touch with police and to make his online activity visible to authorities, according to the report. John will also be undergoing a 30-day Healthy Identity intervention program. Ian Biong/JB

‘The Falcon and the Winter Soldier’ takes on labels, racism and the future of Marvel