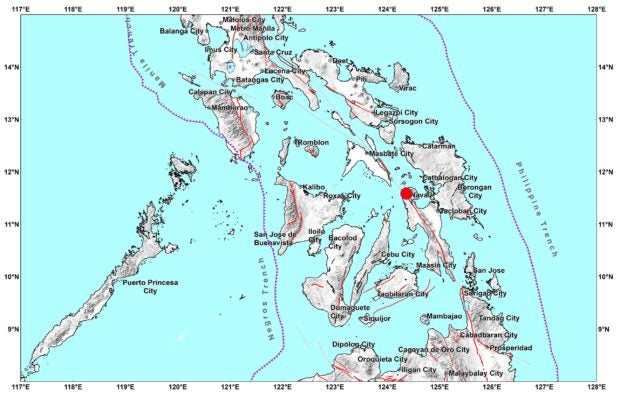 The Philippine Institute of Volcanology and Seismology (Phivolcs) traced the tremor’s epicenter in the town of Naval in Biliran.

The quake, which had a depth of 006 kilometers, was felt in Ormoc City and in the municipalities of Carigara, Isabel, Calubian and Kananga, all in Leyte at Intensity 3.

The quake was tectonic in origin.

Phivolcs did not expect any damage or aftershock due to the tremor.