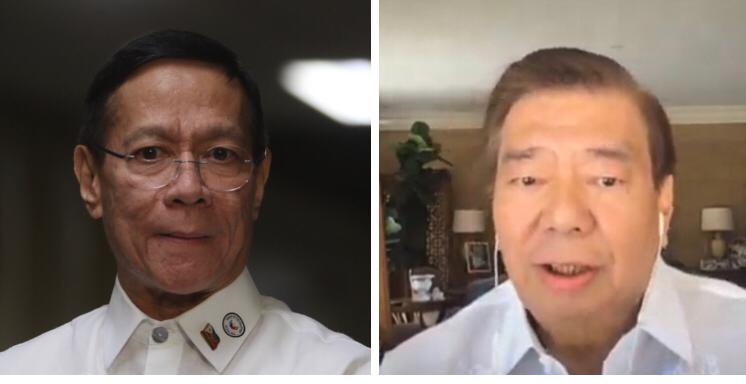 “Sec. Duque committed the original sin. It was because of what he did, of transferring this money without any MOA (memorandum of agreement) as required by COA (Commission on Audit) rules that enabled [former DBM Usec. [Christopher] Lao to do what he did,” Drilon said in an interview on ABS-CBN News Channel on Thursday.

The Senate blue ribbon committee is now looking into the DOH’s handling of the pandemic response funds after COA flagged “deficiencies” in its utilization.

During the inquiry, senators questioned the DOH’s transfer of P42 billion DBM-PS for the procurement of pandemic response supplies, including allegedly overpriced items purchased from Pharmally Pharmaceutical Corp.

Pharmally is now in the center of the Senate’s investigation as the DBM-PS under its former head, Lao, awarded over P8.6 billion in contracts to it for the purchase of medical supplies in 2020 even as the firm was only several months old with just a paid-up capital of P625,000.

“So there is no escaping of liability and Usec. Lao admitted upon my question, he did not exercise due diligence because by simply asking for the articles of incorporation and the general information sheet of Pharmally, he would have discovered that Pharmally had formed only 6 months before the awards of the contracts. Zero income and suddenly you sign supply agreements worth P8.7 billion in two months’ time?” Drilon went on.

“Isn’t that something that an ordinary person would exercise extreme caution [on],” he added.

According to Drilon, Lao’s admission that “he did not exercise due diligence” can be a basis of an anti-graft case against him.

“Remember you are dealing with public funds and yet admittedly and as Usec Lao admitted, he did not exercise due diligence that is on record and that is a basis of an anti-graft case against him,” the senator said.

In one of the blue ribbon committee hearings, Lao had told senators that Pharmally was among the companies recommended to the DBM-PS when it used diplomatic channels to find suppliers at the height of the COVID-19 pandemic.

Further, Lao said his team did the “best” it could to ensure that the price of supplies being procured at the time was the “most affordable.”

“There is no history to compare the scenario we were in because it is the first time, I think in my generation, I have never experienced a pandemic. We were just reacting during that time to what we had. Our capabilities are limited, our capacity is limited, our personnel skills are limited,” Lao said.

“Based on that, we acted on it. It’s a judgment call, either we can buy or we cannot buy. Either we get it now or we don’t get it now. That’s the only thing I have in my mind,” he added.

The Senate blue ribbon panel will resume its investigation on Sept. 7.

Drilon said questions should be raised on how and where the medical supplies procured by the DBM-PS in 2020 were distributed.

“That is the next thing that we will look at. What happened to this huge inventory. How was this distributed? How was this disposed of and this is a question that we would like to ask because to whom was this turned over?” the senator added.

Malacañang recently maintained that the personal protective equipment bought by the Duterte administration was not overpriced.

Read Next
Moderna seeks US authorization for COVID-19 vaccine booster
EDITORS' PICK
Gear up and get ready to play with Yamaha Mio Gear
If elected VP, Sara Duterte will push for mandatory military service for all Filipinos
Over 3 Million worth of prizes to be won at Smart Padala’s SENDali Manalo Promo!
Acer starts the year off strong with the Aspire Vero National Geographic Edition
Senate bill seeks to penalize employers requiring employees to work during rest hours
Marcos-era elections: Not what his son signed up for
MOST READ
Vice mayor slams Vico Sotto for turning Pasig into a ‘puro palabas’ city
Jose Manalo’s son Benj pays tribute to late mother: ‘You’re a testimony of God’s love’
‘Sampal sa gobyerno:’ Drilon wants unvaxxed PAO chief barred from working
Bongbong-Sara tandem names 7 candidates in initial senatorial slate
Don't miss out on the latest news and information.