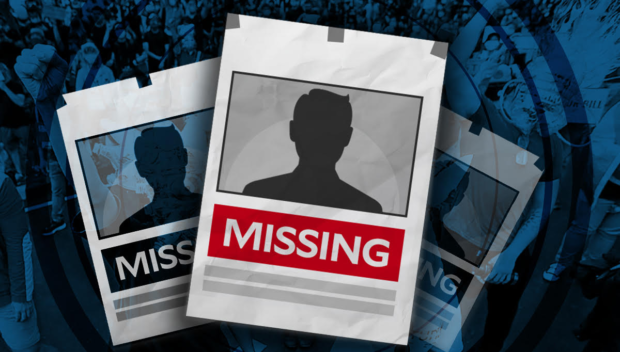 MANILA, Philippines—There’s a yearly ritual for families who lost loved ones but are not sure if they’re dead—light one candle for birthday cakes and another for a memorial.

Connie Empeño, mother of Karen, a sociology student doing research on farm life in Bulacan and disappeared on June 26, 2006, said not knowing with certainty what happened to her child was “disheartening.”

READ: The disappearance of Karen Empeño and Sherlyn Cadapan

Since Karen’s disappearance in 2006, Connie said she continued to celebrate her child’s birthday every year, hoping she’s still alive. But every year, she also remembers her child in a memorial for the dead.

The uncertainty continues to haunt her more than 15 years after.

Erlinda said it was“painful” for a mother to lose a child but not know for sure what happened.

“There is no time that she left my mind. In fact, at night, I can only sleep at 1 a.m. because I can’t help but think of where she is and what happened to her,” she told INQUIRER.net.

The two mothers are not alone in their pain. Countless others worldwide are suffering from the same anxiety and stand with them in the fight for victims of enforced disappearance.

Enforced disappearances have been mainly ineffective weapons by tyrannical regimes worldwide to quell dissent. This method aims to strike fear in the hearts of those who would criticize despots and has been borrowed from the playbook of low intensity conflicts used in many South American countries to fight insurgencies.

In the Philippines, the late president Benigno Aquino III signed Republic Act 10353, or the Anti-Enforced or Involuntary Disappearance Act of 2012, which “defined and penalized enforced or involuntary disappearance.”

‘We want to see them’ 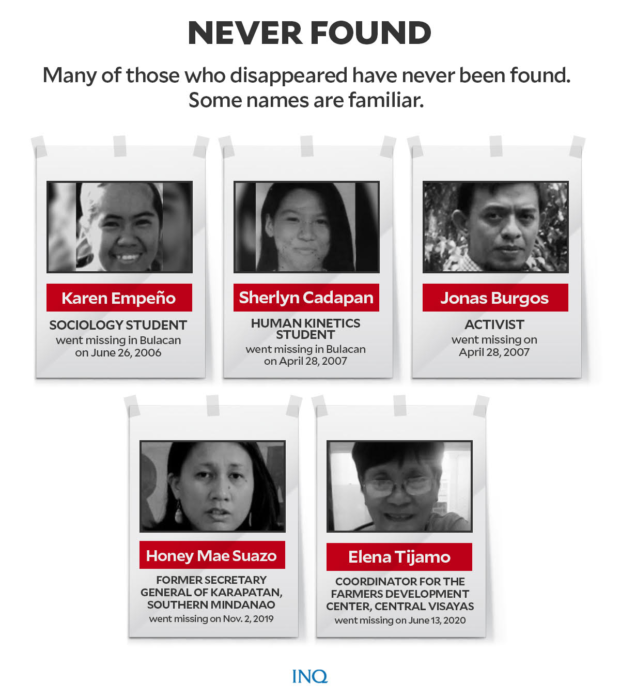 But the convictions did not answer the biggest question of the victims’ moms—where are they?

“We want to see them. The government should know what we are feeling. Are they heartless to disregard the pain we are feeling everyday?” said Erlinda.

“We ask the government to surface Karen and Sherlyn because we already won in court. We were able to prove it,” she added. 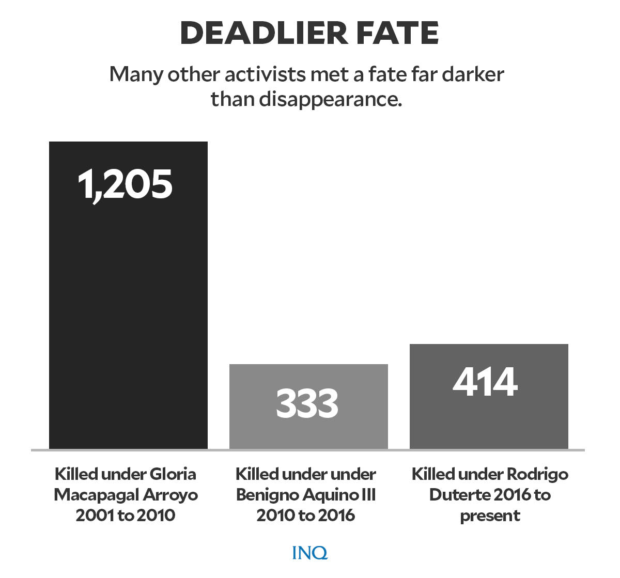 Connie and Erlinda are not alone in fighting for desaparecidos. In the Philippines, the clamor to bring justice is echoed by families and friends of other victims of enforced disappearance like those of Jonas Burgos, Honey Mae Suzara and Elena Tijamo. 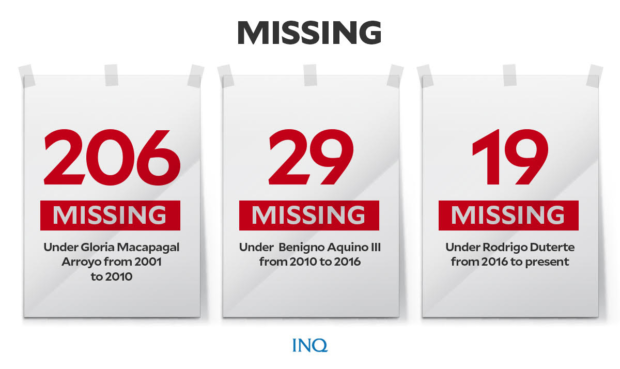 Data from Karapatan showed there had been 254 victims of enforced disappearance in the Philippines—206 went missing during Gloria Macapagal-Arroyo’s regime from 2001 to 2010. At least 29 desaparecidos were reported when Aquino was president from 2010 to 2016. Nineteen went missing from 2016 to July 30, 2021 under the Duterte regime.

Relatives of the desaparecidos said accountability remained elusive despite the continuing campaign to bring justice.

As the world marked the International Day of the Victims of Enforced Disappearances, the group Desaparecidos said as no answers emerge, the regime of Duterte has escalated attacks on activists and dissenters, “amplifying the prevailing culture of impunity.”

“Attacks on human rights are full-scale under the Duterte regime,” said the group.

“Despite the existence of the Anti-Enforced or Involuntary Disappearance Act in 2012, a number of persons were abducted and have gone missing,” it said.

It added, “No number is too many with regards to enforced disappearances. Worse, the existing culture of impunity has been reinforced by Duterte and his minions’s show of addiction to power and bloodshed.” 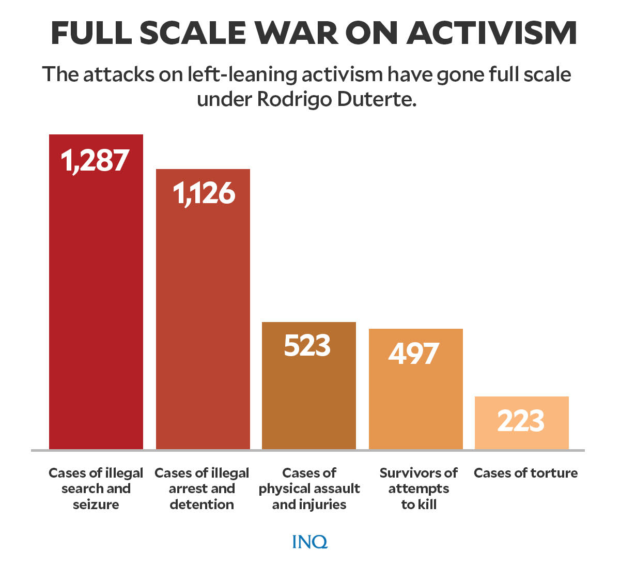 Since 2016, Karapatan reported the following violations committed under Duterte:

Desaparecidos said it fears that the newly-enacted Anti-Terrorism Act of 2020 would further give a license to attacks on activists and dissenters.

“We fear that the already dismal state of human rights in the country will further plummet,” the group said.

But despite “intensifying attacks” from the government, the group said it will “never waver in upholding human rights and in demanding truth, accountability, and justice.”

“As we continue the call to surface our loved ones, we join the rest of victims of rights violations, and condemn the vicious attacks on human rights. By all means, this regime should be made accountable by the time it steps down from power,” it said.