Pimentel to Cusi's group: ‘Forgive them for they do not know that they are doing’ | Inquirer News
Close
menu
search

Pimentel to Cusi’s group: ‘Forgive them for they do not know that they are doing’ 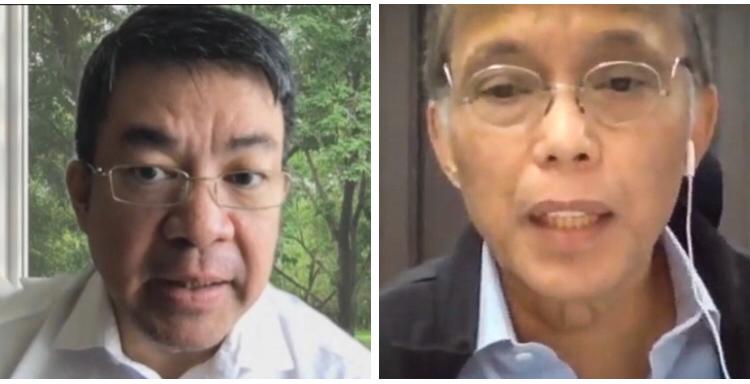 MANILA, Philippines — Senator Aquilino “Koko” Pimentel III on Sunday said it best just to forgive the Partido Demokratiko Pilipino–Lakas ng Bayan (PDP–Laban) party faction led by Energy Secretary Alfonso Cusi “for they do not know what they are doing.”

Pimentel added that like Sen. Manny Pacquiao, he too will just leave all those who are against him to God.

“Kaya ako rin, ito nalang ang sasabihin ko sa ngayon: ‘forgive them for they do not know what they are doing,’” said Pimentel in his acceptance speech as the elected chairman of the PDP-Laban faction led by Senator Manny Pacquiao.

(So this is all I can say for now: “forgive them for they don’t know what they are doing.”)

Pimentel added that Cusi’s group in the PDP-Laban also does not know anything about the party.

(There is a group that wants to seize our party because they have a secret political plan or they cannot explain it well. They are newcomers to our party.)

“I have listened to the pronouncements of the ‘other side.’ Wala talaga silang kaalam-alam sa ating partido (they truly don’t know anything about the party),” he added.

This came after PDP-Laban executive director Ron Munsayac, in an earlier statement, announced that the “original” party — the Pacquiao-led faction — elected Pimentel as the new chairman.

Meanwhile, the faction led by Cusi denounced the election of Pimentel calling the whole event a “comedy.”

“It’s a comedy. Sen. Koko Pimentel has no position in the PDP-Laban. He is irrelevant and he does not represent the party. His group are pretenders and are attention seekers,” the faction said in an earlier statement.

“President Rodrigo Roa Duterte is the PDP-Laban party chairman. He remains to be so and will continue to be so,” it added.

Both factions, upon splitting, have submitted documents to the Commission on Elections to be recognized as the PDP-Laban party.