Carpio: 'No one in my family is part of any real estate development in Boracay' | Inquirer News
Close
menu
search

Carpio: ‘No one in my family is part of any real estate development in Boracay’ 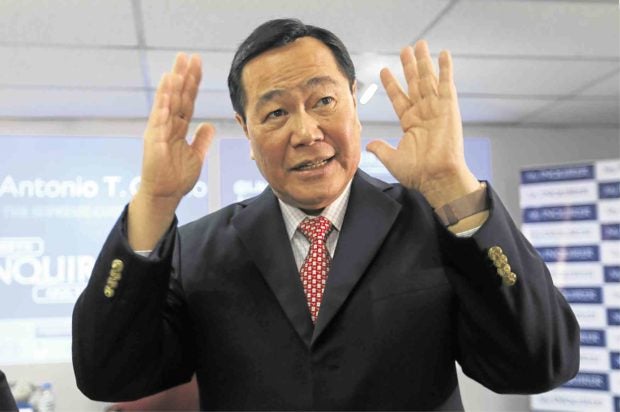 MANILA, Philippines — Retired Supreme Court Senior Associate Justice Antonio Carpio on Friday said no one in his family is part of any real estate development in Boracay.

In a message to reporters, Carpio answered President Rodrigo Duterte’s claims that one of the developments in Boracay belonged to the former magistrate’s family.

According to Carpio, his grandmother had farmland in Boracay in the late 1910s.

“She had the land titled under the Torrens system from 1927 to 1932. The farmland was inherited by her seven children, whose shares in the land were in turn inherited by their own children,” he explained.

“My immediate family of seven siblings sold most of our land to realty developers, who are developing the land on their own. No one in my family is part of any real estate development in Boracay Island,” he added.

In his taped meeting with some Cabinet members aired late Thursday night, Duterte said: “The island of Boracay is a forestal land. ‘Yung forestal land, dapat walang bahay but may mga nakuha sila na mga lupa doon and one of them is the family of Justice Carpio,” Duterte said in a public address.

(Forestal lands should not have houses but they acquired some land there and one of them is the family of Justice Carpio.)

Carpio, who is one of Duterte’s fiercest critics, had several exchanges with the President especially about the administration’s diplomatic relationship with China.

Duterte once challenged Carpio to a debate on the West Philippine issue. Carpio accepted Duterte’s dare but the President backed out and tapped his spokesperson Harry Roque instead.