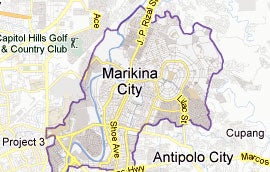 BJMP spokesperson Jail Chief Insp. Xavier Solda confirmed this to reporters, even describing the two fatalities as persons deprived of liberty or PDLs, who allegedly managed to grab the firearm of a jail staff.

Solda said an investigation is ongoing.

Earlier, a local government source who also told INQUIRER.net on Thursday that the incident happened when two nurses doing a medical mission were taken hostage by inmates.