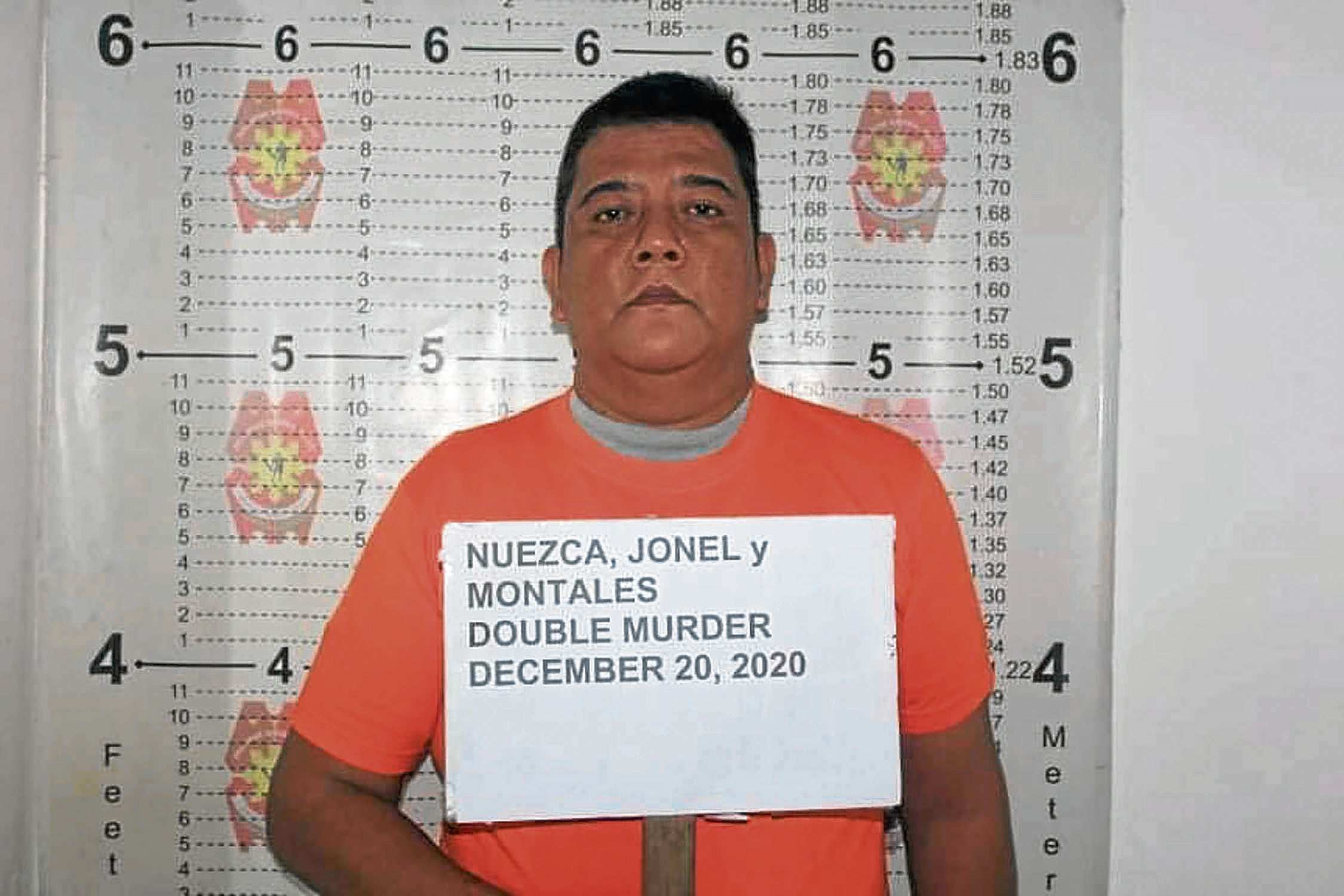 Mugshot of Jonel Nuezca, the police officer who shot dead his two neighbors, a mother and her son, in Paniqui, Tarlac. (Courtesy of Paniqui Municipal Police Station)

MANILA, Philippines— Former police officer Jonel Nuezca has been convicted by the Tarlac Regional Trial Court for two counts of murder for his fatal shooting of Sonya Gregorio and her son Frank Anthony in Tarlac.

Nuezca was meted out the penalty of reclusion perpetua for each case and was ordered by the court to pay P952,560 or P476,280 in damages to the heirs of Sonya and another P476,280 to the heirs of Frank Anthony.

The killing of Sonya and his son was caught on video and went viral on social media, drawing widespread condemnation with some calling for reforms in the Philippine National Police and a stop to the killings.

Last January, Nuezca entered a not guilty plea for two counts of murder.