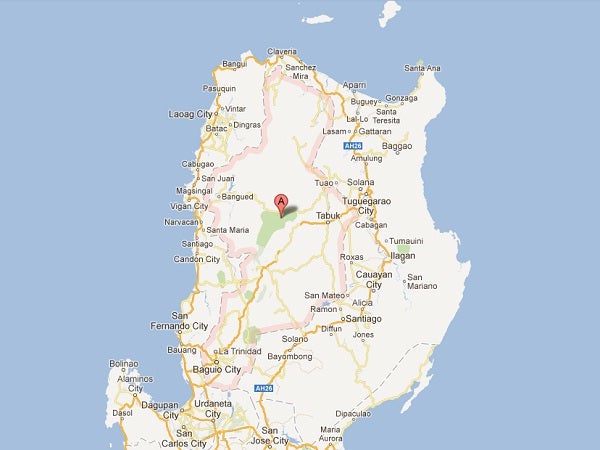 MANILA, Philippines — The Philippine National Police (PNP) has assured that any assistance that would be given to the Cordillera Regional Peace and Order Council in their plans to counter the insurgency in the area would concern human rights.

This was the statement from PNP chief Gen. Guillermo Eleazar on Wednesday, in reaction to the so-called “Dumanun Makitunong” campaign wherein they would visit houses of members of leftist organizations to discuss issues with them.

Eleazar also said that they appreciate the efforts of the Cordillera Regional Peace and Order Council as they try to end the decades-long problem of communist insurgency in the country.

“The Philippine National Police appreciates the effort of the Cordillera Regional Peace and Order Council in coming up with new ideas to finally put an end to the decades-long communist insurgency problem in the country,” Eleazar said on Tuesday.

“On the part of the PNP, we will provide assistance in a way that will strike a balance between our collective goal of defeating the CPP-NPA-NDF and our commitment to respect and uphold the basic human rights of every Filipino,” he added.

If Dumanun Makitunong’s methods sound familiar, it was inspired by Oplan Tokhang, the police’s anti-drug campaign where officers would visit homes of people accused of being involved in the drug trade.  Tokhang was derived from Visayan words “toktok” and “hangyo” meaning knock and plead.

Despite the good intentions behind Oplan Tokhang, the word has carried a negative connotation, prompting even Vice President Leni Robredo — back when she was chairperson of the Inter-Agency Committee Against Illegal Drugs — to suggest that the project be junked.

Regarding Dumanun Makitunong, Eleazar said that he has already directed the Cordillera police’s regional director to coordinate with the Cordillera Regional Peace and Order Council.

“In fighting communist insurgency in the country, we in the PNP believe that we have to present better ideas that focus on winning back the trust and confidence of those who fell prey to this failed ideology,” Eleazar said.

“And we have been doing so through our aggressive support on information dissemination, community mobilization through police-community relations, and barangay development program,” he added.

Aside from the anti-drug campaign, one of the hallmarks of the current administration is its crackdown on the communist insurgency, despite both the government and communist rebels initially thought of being able to reach peace negotiations again.

But mistrust between the communist forces and President Rodrigo Duterte’s government led to even more heightened skirmishes and operations between the two sides, even in the midst of the COVID-19 pandemic.