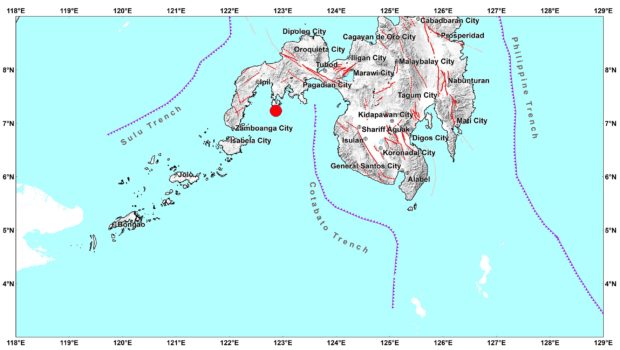 According to Engr. Rommel Allan Labayog, chief of the Zamboanga station of the Philippine Institute of Volcanology and Seismology (Phivolcs), the quake occurred at 8:03 p.m. and was tectonic in origin. He also said that it was felt at Intensity 3 in Zamboanga City.

The earthquake struck 23 kilometers southeast of Mabuhay and had a depth of focus of 24 kilometers.

Labayog said there was no reported destruction in the area although Phivolcs said aftershocks are expected.