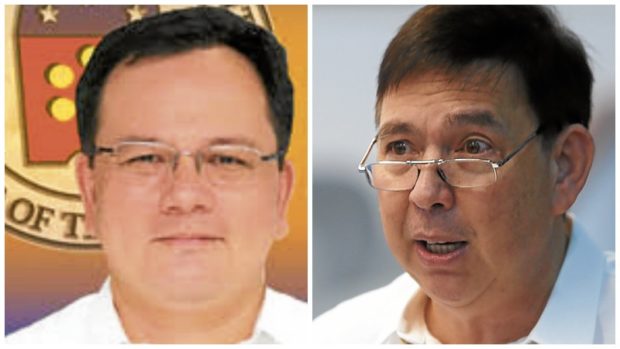 MANILA, Philippines — After getting President Rodrigo Duterte’s goat for its latest series of reports citing various deficiencies and potential irregularities in various government agencies, the Commission on Audit (COA) is facing another kind of pressure.

It may soon find itself severely understaffed, according to Senate President Pro Tempore Ralph Recto.

Complicating the current lack of manpower in the state auditing agency is the impending retirement of about a thousand personnel, Recto said .

The lawmaker thus encouraged the COA on Tuesday to go on a “hiring binge” to fill as many as 5,826 job vacancies.

In a statement, Recto said the agency had 14,102 authorized staff positions, of which only 8,276 had been filled.

“Thirty percent of COA auditors are in the sunset of their careers,” Recto said, noting that 2,487 of the auditors are “between 56 and 65 years of age.”

COA Chair Michael Aguinaldo himself will step down on Feb. 2, 2022, the end of his seven-year term. He was appointed to the position on March 24, 2015, during the Aquino administration.

President Duterte, who has criticized the COA for releasing audit reports which cited red flags in various government expenditures, will name Aguinaldo’s replacement.

In response to the President’s verbal flogging of the commission, opposition lawmakers, civil society groups, as well as business and academic organizations have since come to the COA’s defense, citing its constitutional mandate to keep watch on public spending and publish its findings.

Recto urged the audit body to be “more aggressive and creative” in scouting talents.

He said the COA auditors had been spread too thin among the 66,045 government offices that the agency needs to monitor for their spending.

These include 11,816 national government agencies and government corporations; 36,608 local governments; 454 water districts; 341 state universities and colleges; and 16,826 other agencies requiring the COA’s scrutiny.

Taking them all together vis-à-vis the COA’s current workforce, it means there’s an average of one auditor for every eight of those agencies, Recto said.

While the COA counts 5,405 certified public accountants among its ranks, its job requires other types of professionals who are still underrepresented in the agency, he added.

It needs more engineers, for example, he said. “COA has only 401 (engineers),” he noted, considering the government’s trillion-peso spending for infrastructure projects that would later require auditing.

The national government should also do its part by extending to the COA, an independent body, “all the financial resources it needs,” the senator stressed.

Citing the proposed P5.037-trillion proposed national budget Malacañang submitted to Congress this week, Recto said the COA’s share of a mere P14.4 billion was too small.

“It is as if we are paying an audit fee of P2.87 for every P1,000 in expenditures … Small price to pay for keeping government honest,” he said.