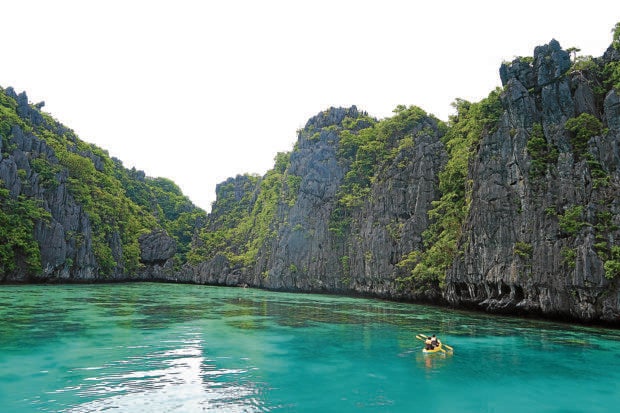 TOURISM SLUMP El Nido’s pristine lagoons are a must in every travel itinerary in the tourist town of Palawan. Boatmen and tour guides, however, are reeling from the tourism slump since travel restrictions have been imposed when the COVID-19 pandemic struck last year. —PHOTO COURTESY OF THE DEPARTMENT OF TOURISM

EL NIDO, Palawan, Philippines — Tucked in limestone formations and long, pristine white beaches of the tourist town of El Nido is the small village of Sibaltan, whose narrow dirt roads lead to one of Palawan province’s oldest civilizations.

“Deto kanamen sa tapik, mi kalag nga ing kasaka-saka langit tenged mi otang pa sa Instik (In our place called Tapik, a soul could not ascend to heaven because he owed the Chinese),” read a Cuyonon verse, the words hand-painted on a plank of wood that greeted tourists in the heritage community.

Verses, or short, funny poems, are a part of the culture of Cuyonons, an ethnolinguistic group that originally inhabited the islands of Cuyo in the Sulu Sea.

In 2010, a group of archaeology students from the University of the Philippines, the United States, and South Korea conducted a study in this northernmost tip town of Palawan and discovered artifacts that provided glimpses of the Philippines’ precolonial past.

“They found traces of a trading community that dated back to 500 AD in (Barangay) Sibaltan,” said El Nido tourism officer Arvin Acosta, himself a Cuyonon. 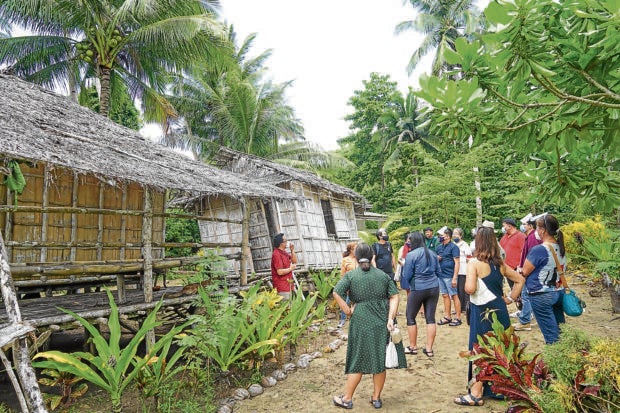 CULTURAL EXPOSURE A group of private tour operators and Department of Tourism(DOT) representatives, in a visit in July, learns about the culture of the Cuyonon people of El Nido through replicas of native houses

Links to distant past

American museologist Lace Thornberg returned to El Nido in 2012 to pursue the cultural mapping of Sibaltan.

Thornberg wanted to open a community museum of the archeological finds from the 2010 excavation that included flake tools, shards of earthen jars, and blue and white porcelain.

The artifacts suggested that “a community lived here around 500 years ago and even at an earlier time of around 1,500 years ago,” read posters left hanging in a museum that has been shuttered since the coronavirus pandemic was declared last year. 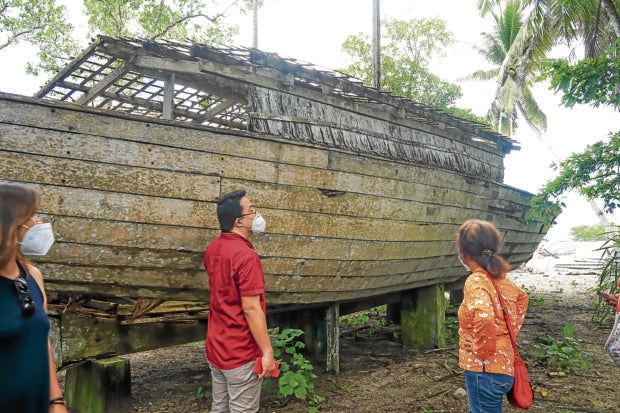 A boat in Barangay Sibaltan.

“Archaeology finds links between the present day and the distant past,” these added.

A store owner in Sibaltan was excited to see guests again when a group of tour operators and local officials in July inspected the town’s protocols for its safe reopening to tourists.

“Are they going to open [this place] again?” she asked.

Acosta, 47, said the local government had been planning to revive and preserve the Cuyonon culture to become part of El Nido’s heritage tourism.

They built a replica of the “Balay Cuyonon,” a traditional house made from bamboo poles and thatch roof out of nipa palm.

In 2014, the local government built a replica of the “pangko,” a sea vessel used by Cuyonons, in an effort to recover the community’s “lost architecture,” he said.

The house and the boat replicas were funded by the US Embassy and the American Alliance of Museums, respectively.

The 10-meter long pangko, a boat constructed from banaba wood held together not by nails but by tree resin, or “balau,” was what Cuyonons once used in crossing the sea to trade in the Paragua, the modern-day mainland Palawan.

When the agricultural land on Cuyo Island could no longer sustain its growing population, people began to migrate to El Nido, specifically to Barangay Sibaltan, according to historical accounts.

Local history said people used the pangko until the 1950s, before fishermen and traders shifted to motorized boats.

“Nobody builds a Cuyonon house anymore these days,” Acosta said, although the local language remains alive and widely used here.

The Sibaltan heritage village and tourism was slowly gaining ground, especially among foreign tourists, when the pandemic struck in 2020.

Cuyonon elders, one of them Acosta’s 76-year-old mother, were tapped to be “storytellers” to tourists, while women in the village weaved buri into souvenir bags for guests. 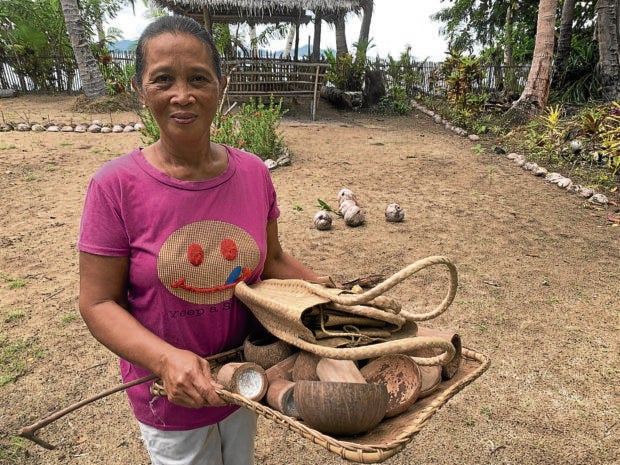 “[Local] funds for repairs [and other tourism projects] were reverted to pandemic response and recovery,” Acosta said.

El Nido, named after the local “balinsasayaw” (swiftlet) and the rare bird’s nest soup, used to draw thousands of tourists annually. Its arrival in 2019 alone was 444,898.

In 2020, the town lost P3.79 billion from canceled tours and resort bookings due to travel restrictions prompted by the COVID-19 pandemic.

Far from giving up, Acosta said the local government is planning to reopen and improve the Sibaltan heritage village in a five-year plan that includes a cultural theater, a faith museum, and organizing cultural dance troupes and heritage guides.