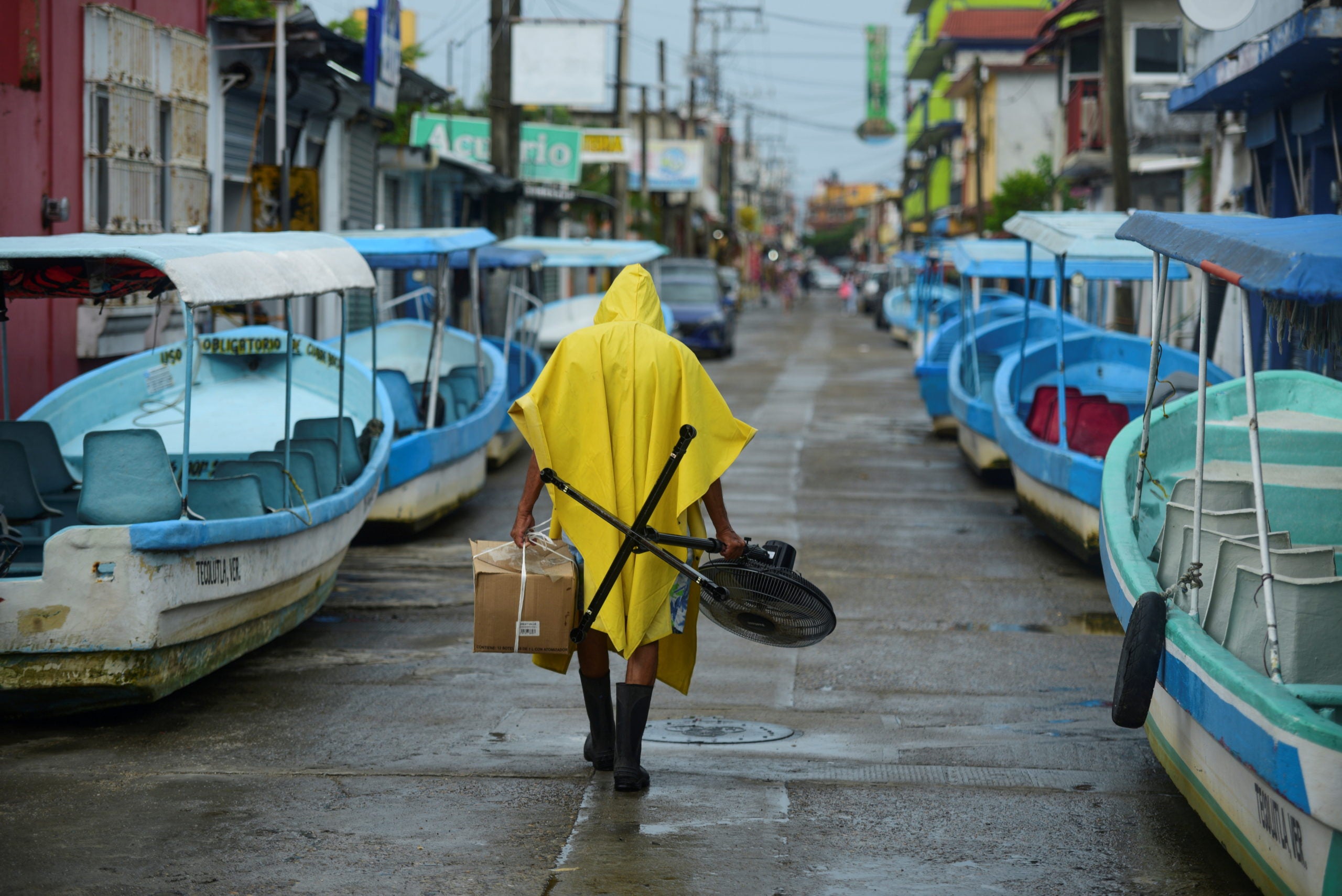 A man carries a fan and a box while walking past tourist boats that were moved from the water for safety as Hurricane Grace gathered more strength before reaching land, in Tecolutla, Mexico August 20, 2021. REUTERS/Oscar Martinez

Grace was a Category 3 on the five-step Saffir-Simpson scale when it made landfall near the resort town of Tecolutla on the Gulf of Mexico coast in the early hours. It was carrying top sustained winds of near 125 miles per hour (200 kilometers per hour), the National Hurricane Center said.

The Miami-based center warned of a dangerous storm surge, with water levels as much as six to nine feet (1.8 to 2.7 meters) above normal tide levels along the immediate coastal area where the storm made landfall.

The hurricane was expected to weaken as it moved west inland and over mountainous terrain later on Saturday.

Thousands of civil protection forces, the defense ministry, and the navy, as well as state utility Comision Federal de Electricidad (CFE) were prepared, he said on Twitter.

“I ask the people of the regions of Veracruz, Puebla, San Luis Potosi, Tamaulipas, and Hidalgo to seek refuge in high places with relatives and in shelters that are being set up,” Lopez Obrador wrote.

Through Sunday, the NHC forecast Grace would dump 6 to 12 inches (15-30 cm) of rain over large swaths of eastern and central Mexico, and up to 18 inches in some areas. The heavy rainfall would likely cause areas of flash and urban flooding, it said.

In Tecolutla, residents spent hours on Friday afternoon taking hundreds of boats on land to keep them safe.

“Here in Tecolutla, we’ve had a culture of prevention for many years,” said Ricardo Pardinas, who offers boat tours to tourists. “These weather phenomena have caused damage.”

The NHC forecast that through Sunday, Grace would dump 6 to 12 inches (15-30 cm) of rain over large swaths of eastern and central Mexico, and up to 18 inches in some areas. The heavy rainfall would likely cause areas of flash and urban flooding, it said.

Veracruz and its waters are home to several oil installations, including Petroleos Mexicanos’ Coatzacoalcos port and Lazaro Cardenas refinery in Minatitlan in the south of the state. Grace hit land well to the north of these cities.

It also doused Jamaica and Haiti, still reeling from a 7.2 magnitude earthquake, with torrential rain.