Sacked NEA chief says he is ‘innocent of any wrongdoing’ 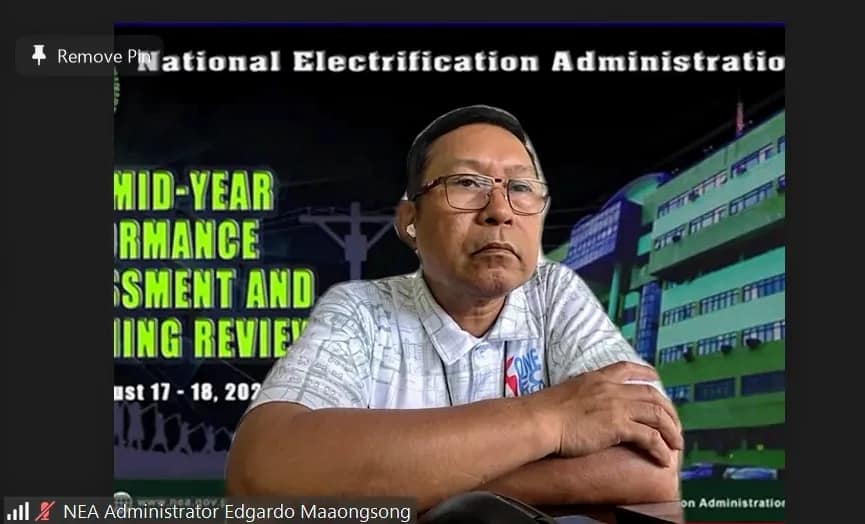 MANILA, Philippines — Former National Electrification Administration (NEA) administrator Edgardo Masongsong on Saturday said he is “innocent of any wrongdoing” after President Rodrigo Duterte sacked him as the head of the agency for alleged corruption.

Duterte, who announced Masongsong’s termination, said it was the Presidential Anti-Corruption Commission (PACC) that conducted the investigation and recommended that Masongsong be removed from office.

“These are allegations that I have addressed in the course of the PACC’s inquiry into these accusations, and the records will show that I have fully cooperated with the PACC — fully confident in the knowledge that these allegations are baseless, and that if granted due process and the opportunity to defend myself I can establish that I am innocent of any wrongdoing,” Masongsong said in a statement.

“In fact, a review of the NEA’s Commission on Audit (COA) reports will show that at the time of the PACC’s allegations, there were no COA findings that there was wastage of government funds nor a whiff of corruption,” Masongsong added.

Masongsong, who served the electric cooperative (EC) sector for almost two decades, said he is yet to receive a formal notice instructing him to step down.

However, Masongsong said that he is ready to turn over his responsibilities to the one who will take charge of the NEA.

“Notwithstanding this recent turn of events, I will continue to serve the EC and MCO (member-consumer-owner) movement and our people to the best of my ability,” he said.