Bayan Muna to COA, Ombudsman: Probe if savings were utilized as pork barrel 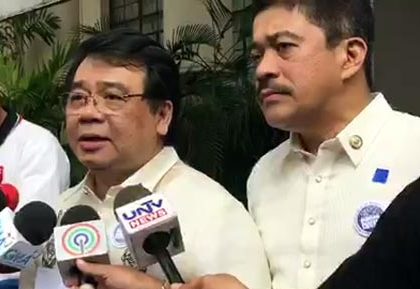 MANILA, Philippines — The Commission on Audit and the Ombudsman should investigate and determine if the supposed savings from the General Appropriations Act (GAA) are used as pork barrel, Bayan Muna Rep. Carlos Zarate and chairman Neri Colmenares urged on Wednesday.

“There is a National Budget Circular 586 trying to collect the expected savings from the FY 2020 GAA from agencies,” House Deputy Minority leader Zarate shared in a statement.

He added: “This NBC 586 covers released allotments under the FY 2020 GAA which remain unobligated until May 15, 2021, but not expressly earmarked for the implementation of programs/activities/projects addressing the COVID-19 pandemic and can be realigned by the president as he sees fit.  This is a Disbursement Acceleration Program (DAP)-like savings and a form of presidential pork,, which was already proscribed by the Supreme Court.”

Zarate also said that without proper accounting, the public cannot be blamed for thinking that the administration of President Rodrigo Duterte is “trying to create an enormous war chest in the run-up” for the upcoming elections to ensure the influence and control of the President’s allies beyond June 30, 2022.

For his part, Colmenares said that the supposed savings “due to underspending of government agencies can be realigned” to augment projects of the chief executive’s bets which is a case of corruption and not of mere inefficiency.

“Presidential pork barrel is a lump sum amount, in which the discretion to select the project, amount and its beneficiaries rest on the President and the executive branch. This phenomena of unused budget has become a pattern under Pres. Duterte who, unlike other presidents, suspiciously refuses to divulge the overall savings of the government in the GAA every year,” Colmenares expounded.

With this, the party dared the Duterte administration to officially report the overall savings since 2017 and tell the public where the savings supposedly landed.

Colmenares also called on the COA and Ombudsman to investigate if the funds for COVID-19 response are “being used for the premature election campaigning of Duterte candidates.”

“Budgetary items such as the Allowances for Individuals in Crisis Situation (AICS) is vulnerable to becoming pork barrel when distributed to Mayors and supporters all over the country by Duterte candidates. It is no different from the PDAF handouts prohibited by the Supreme Court after the Napoles scandal in 2013,” he added.

Colmenares concluded: “Pres. Duterte has borrowed more than P3 trillion in 2020. While we are paying interest in the hundreds of billions for these loans, we have available funds that could have been used. Officials involved in this pattern of underspending and amorphous realignments, whether due to criminal neglect, inefficiency, or indulging in the corrupt pork barrel system, must be prosecuted to the full extent of the law and made to rot in jail. There is no greater crime than stealing the money of the people at a time when they needed it most.”