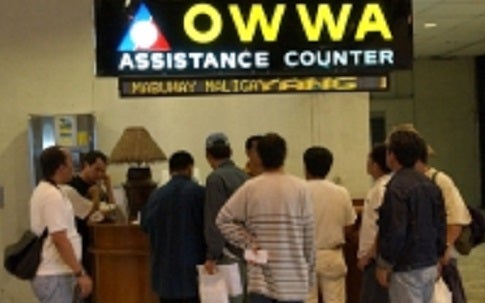 MANILA, Philippines — Overseas Workers Welfare Administration (OWWA) Administrator Hans Leo Cacdac has identified on Wednesday the agency official who was involved in the “doubtful” expenditure flagged by the Commission on Audit (COA).

Sabares was the one responsible for the P1.2-million expenditure being questioned which includes the controversial purchase of sanitary napkins from a construction company.

The COA likewise reported that it went to the said construction firm but cannot find the establishment.

Sabares was provided with the cash advance to expedite the procurement of personal protective equipment, foods, and hygiene kits, among others, during the height of the COVID-19 pandemic from March to June 2020.

Cacdac noted that the OWWA received an unqualified opinion from the state auditor, and only part of the cash advance was needed to be justified.

(This is in the context of the COA audit on OWWA for the Fiscal Year 2020 wherein we spent almost P9 billion which we received an unqualified opinion, 99.9 percent of the time, okay. What’s left to be justified is the P1.2 million worth of supply.)

Cacdac asked the public for understanding as the COA gave Sabares time to answer the findings.

COA to OWWA: Why purchase napkins from construction firm, not drug stores?