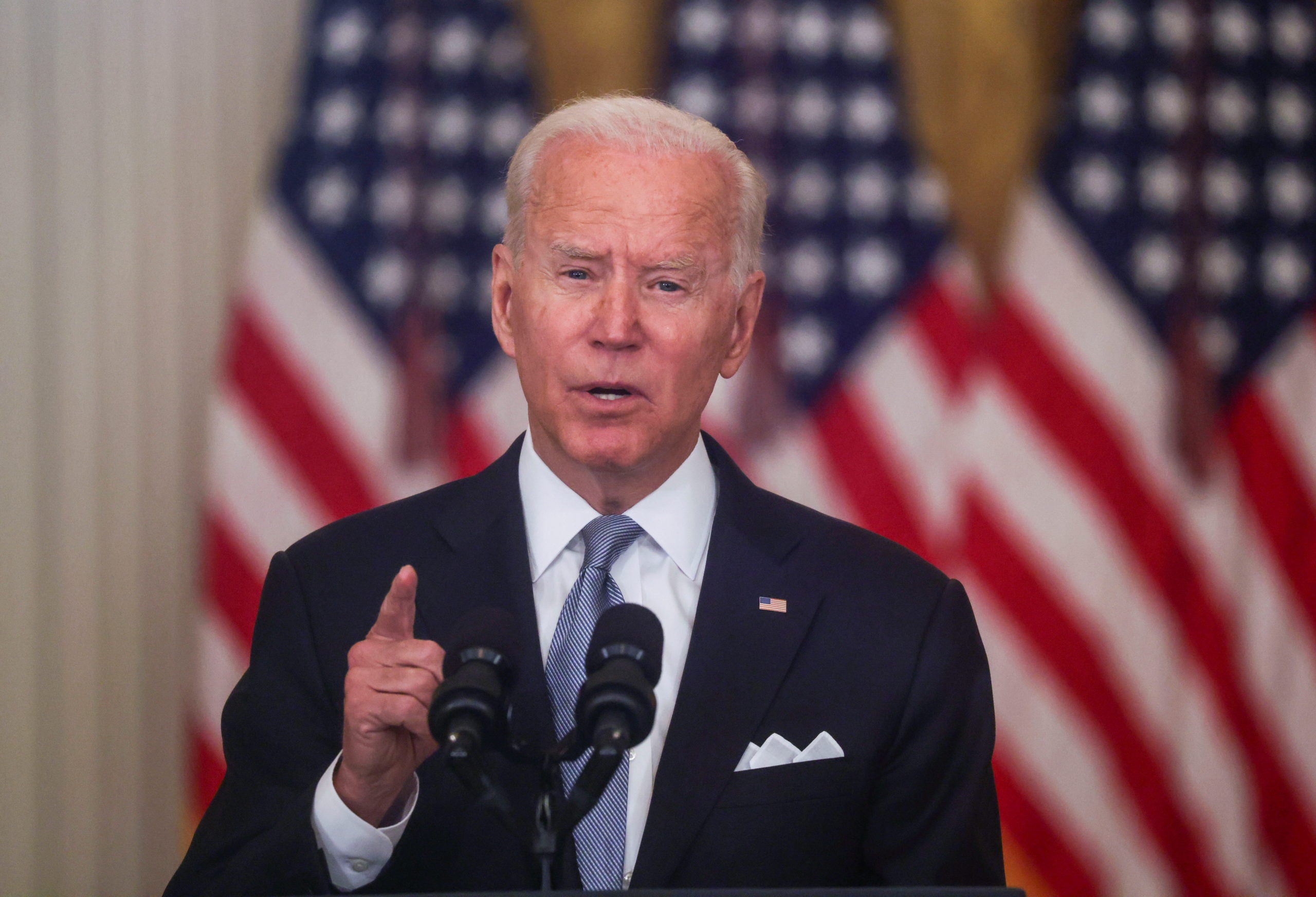 FILE PHOTO: U.S. President Joe Biden delivers remarks on the crisis in Afghanistan during a speech in the East Room at the White House in Washington, U.S., August 16, 2021. REUTERS/Leah Millis

NEW YORK — President Joe Biden’s approval rating dropped by 7 percentage points and hit its lowest level so far as the U.S.-backed Afghan government collapsed over the weekend in an upheaval that sent thousands of civilians and Afghan military allies fleeing for their safety, according to a Reuters/Ipsos poll.

The national opinion poll, conducted on Monday, found that 46% of American adults approved of Biden’s performance in office, the lowest recorded in weekly polls that started when Biden took office in January.

It is also down from the 53% who felt the same way in a similar Reuters/Ipsos poll that ran on Friday.

However, a majority of both Republican and Democratic voters said the chaos was a sign that the United States should leave.

A separate Ipsos snap poll, also conducted on Monday, found that fewer than half of Americans liked the way Biden has steered the U.S. military and diplomatic effort in Afghanistan this year. The president, who just last month praised Afghan forces for being “as well-equipped as any in the world,” was rated worse than the other three presidents who presided over the United States’ longest war.

The United States and Western allies continued to evacuate diplomats and civilians on Tuesday, one day after Afghans crowded into Kabul airport in a desperate attempt to flee the Taliban regime.

Americans expressed a variety of opinions that may still be evolving as the Taliban completes its takeover of the country.

The Ipsos poll found that 75% of Americans supported the decision to send in additional troops to secure key facilities in Afghanistan until the withdrawal is complete, and about the same number supported the evacuation of Afghans who helped U.S. forces in the country.

Yet Americans appeared to be largely unsettled on what to think of the war, with majorities expressing somewhat contradictory views about what the U.S. military should have done.

For example, a majority of the 18-to-65-year-olds who took the Ipsos survey – 68% – agreed that the war “was going to end badly, no matter when the U.S. left,” and 61% wanted the United States to complete its withdrawal of troops on schedule.

Yet a smaller majority – 51% – also agreed that “it would have been worth it for the United States to leave troops in Afghanistan another year,” and 50% wanted to send troops back into the country to fight the Taliban.

In many cases, Republicans and Democrats appeared to share the same outlook on the war: six in 10 Republicans and seven in 10 Democrats agreed, for example, that the swift capitulation of the Afghan government “is evidence why the U.S. should get out of the conflict.”

About 44% of respondents said they thought Biden has done a “good job” in Afghanistan. In comparison, 51% praised the way former presidents Donald Trump and Barack Obama handled the war.

Approval of Biden’s handling of Afghanistan is even lower than that of former President George W. Bush, who ordered the Afghanistan invasion and entrenched the United States in the costly and ultimately futile effort to foster new leadership in the country.

About 47% of Americans felt that Bush did a good job in Afghanistan.

To be sure, the latest polling should be viewed so far as just a one-week drop: it is still far too early to say how the Taliban takeover will affect Biden politically.

Forty percent of registered voters said in the Reuters/Ipsos poll that they would vote for a Democrat in next year’s congressional elections, while 37% said they would back a Republican.

The Reuters/Ipsos poll was conducted online, in English, throughout the United States. It gathered responses from 947 American adults, including 403 Democrats and 350 Republicans. The results have a credibility interval, a measure of precision, of 4 percentage points.

The Ipsos online snap poll gathered responses from 1,000 people, including 443 Democrats and 247 Republicans. It has a credibility interval of about 4 percentage points.