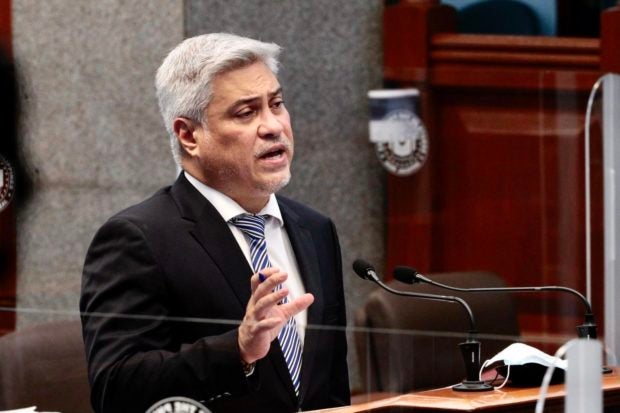 MANILA, Philippines — The multi-party deals for the COVID-19 vaccine procurement of local government units and the private sector for at least 10 million doses have “not been signed” and are “on hold,” Senate Majority Leader Juan Miguel Zubiri said Tuesday.

This prompted him to ask the Senate to look into why these agreements have been “languishing” on the national government’s end.

According to Zubiri, he filed a Senate resolution asking the upper chamber’s Committee of the Whole to look into why multi-party agreements (MPAs) submitted by LGUs and the private sector have supposedly been left unsigned.

The resolution mentions that LGUs and some 300 private companies have “pending” MPAs for an estimate of at least 10 million doses.

“The feedback by most of the LGUs na kinausap ko, wala pa. Almost all have not been signed. I think the only ones that have been signed na may tripartite ay yung grupo ni Joey Concepcion, that’s private and I think the one of Ricky Razon,” Zubiri said in an interview on ABS-CBN News Channel.

“Until now, we’re still waiting, not a single tripartite agreement of these local government units has been signed,” he added. “It’s all on hold.”

Zubiri cited the COVID-19 Vaccination Program Act of 2021, which authorizes the Department of Health (DOH) and the National Task Force to “negotiate and approve the terms and conditions of procurement on behalf of LGUs and private entities, in order to ensure price uniformity and prevent price competition.”

“Here’s a situation where you have LGUs already administering the vaccines, and they are willing to buy more vaccines for their constituencies, at no cost to the national government,” the senator said in a separate statement.

“Even my own province of Bukidnon has allotted as much as P500 million to purchase vaccines for 250,000 recipients, but our LGU has not been able to do so due to the non-action on these MPAs with the national government,” he added.

“As it stands, no one knows what’s causing the delays, and it’s frustrating,” he added.