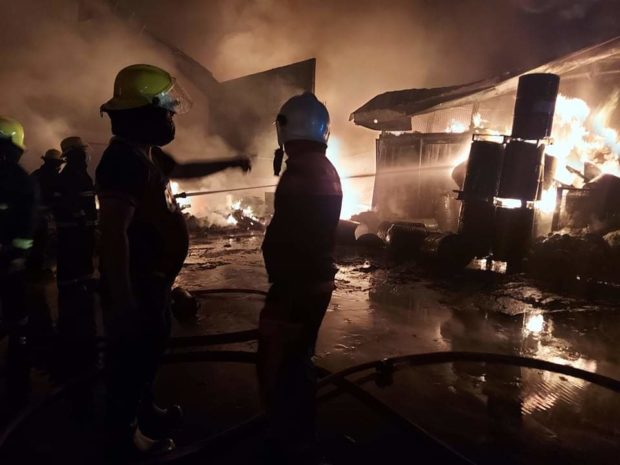 MANILA, Philippines — A security guard was killed and one more was injured in an industrial fire in Valenzuela City on Tuesday morning, the Bureau of Fire Protection (BFP) reported.

BFP identified the fatality as Joselito Pelic, a security guard, while a certain Nestor Purtisano sustained second degree burns in a blaze which occurred at the warehouse at West Service Road in Barangay Paso de Blas.

BFP-Valenzuela chief inspector Supt. Marvin Carbonel reported that the fire reached first alarm at 4:41 in the morning and reached the third alarm at 4:47 am.

Carbonel said the blaze was declared under control at 5:44 am, and was extinguished at 6:23 am.

The damage stands at P3 million, while the origin and cause of fire are still under investigation, according to the BFP.