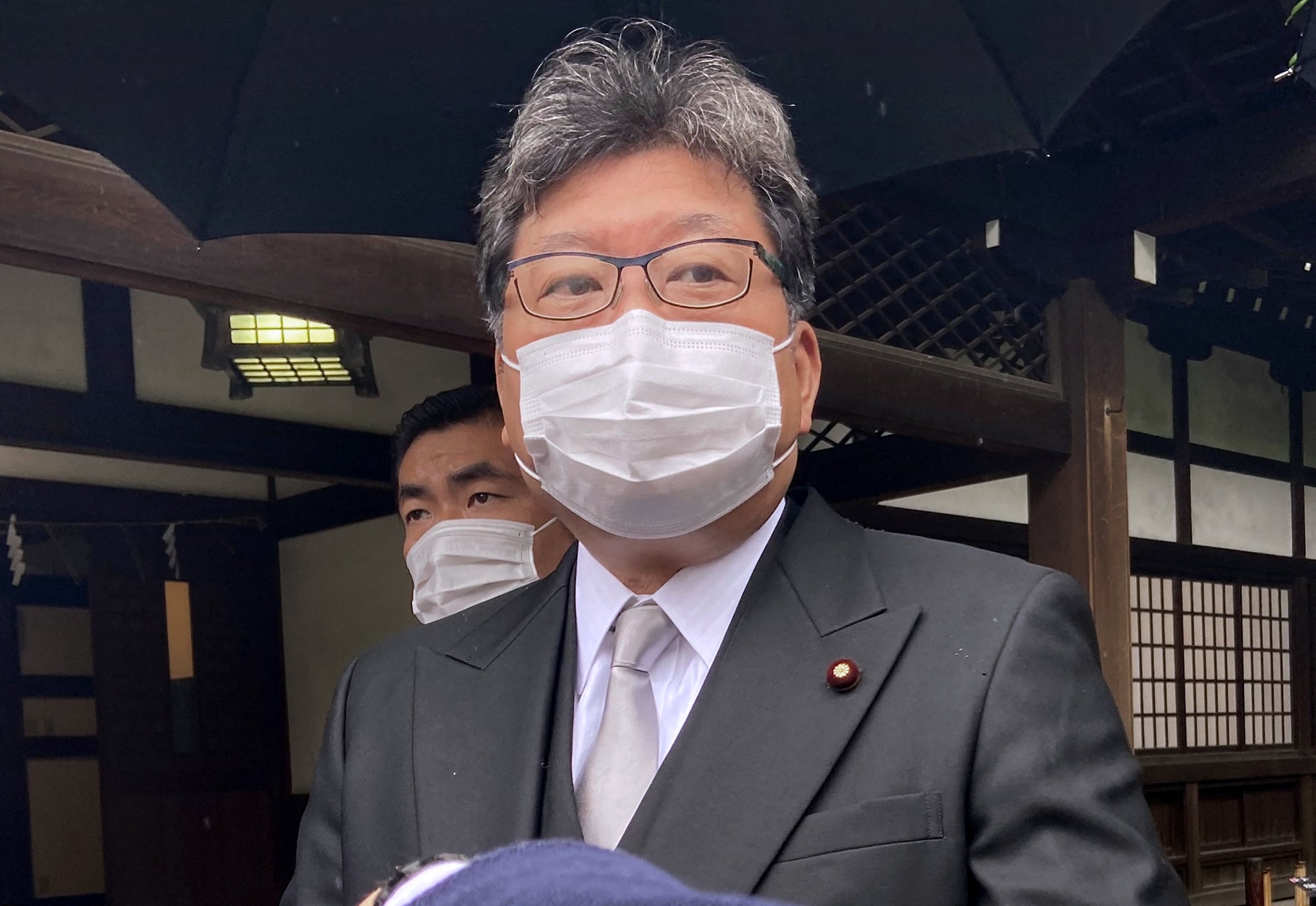 TOKYO — Three Japanese Cabinet ministers visited a shrine seen by neighboring countries as a symbol of Tokyo’s past militarism on Sunday, the anniversary of the nation’s World War II surrender.

It came after two other members of Prime Minister Yoshihide Suga’s Cabinet, including the defense minister, visited Yasukuni Shrine on Friday, drawing angry reactions from China and South Korea.

The shrine in central Tokyo honors 2.5 million war dead, mostly Japanese, who have perished since the late 19th century.

But it also enshrines senior military and political figures convicted of war crimes by an international tribunal.

Last year, four top ministers paid their respects at the shrine on the anniversary — the first such visit since 2016.

But a Japanese prime minister has not appeared there since 2013 when Shinzo Abe sparked fury in Beijing and Seoul and earned a rare diplomatic rebuke from close ally the United States.

Suga became the leader in September and has so far stayed away from Yasukuni, instead of sending ritual offerings to the shrine on key dates.

On Sunday he reportedly gave a traditional cash offering and also laid flowers at a secular national cemetery nearby.

At a small state ceremony to mark the 76th anniversary of Japan’s defeat, Suga said the country would not repeat the horrors and suffering of its past wars.

But the nation, he said, stands ready to help solve various global issues “under the banner of proactive pacifism”.

Around 200 people participated in the ceremony, which usually gathers 6,000 and was scaled back because of the coronavirus.

Kishi is a brother of former prime minister Abe, who also visited the shrine on Sunday.

“The actions of some Japanese politicians on the issue of the Yasukuni Shrine are a blasphemy of historical justice and serious injury to the feelings of the people from victimized countries in Asia, including China,” she said.