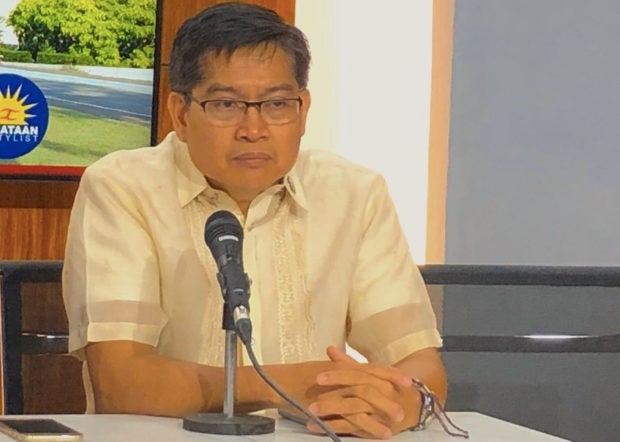 MANILA, Philippines — Following the resignation of Budget Secretary Wendel Avisado, a Makabayan lawmaker is pushing for an investigation into allegations of corruption at the Department of Budget and Management (DBM).

Bayan Muna Rep. Ferdinand Gaite said the allegations of corruption in the DBM could not be swept under the rug even if Avisado said these were just “rumors.”

“Secretary Avisado said, ‘Rumors are rumors.’ But don’t they say, ‘Where there is smoke, there is fire’? We cannot just dismiss these accusations of corruption. There should be an investigation of alleged anomalies in the DBM Procurement Service,” Gaite said on Saturday.

He added that anomalies in the Duterte administration were starting to be revealed one by one.

“And it seems those close to the Palace are involved,” he said.

Gaite made the remarks after President Duterte accepted Avisado’s resignation “due to medical reasons” and replaced him with Budget Undersecretary Tina Rose Marie Canda as DBM officer in charge.

Avisado had previously contracted COVID-19 and went on medical leave from Aug. 2 to 13. He said his doctor advised him to undergo a series of medical examinations given that it has been 14 years since his quadruple heart bypass operation.

Sources, however, hinted at corruption in DBM’s Procurement Service, although Avisado did not have any direct knowledge of the questionable contracts reported by someone close to the President.

Avisado’s resignation came as the DBM was preparing the 2022 national expenditure plan, which could reach P5 trillion.

Gaite maintained that the allegations surrounding the DBM’s Procurement Service “are extremely disconcerting,” given that Congress is supposed to begin deliberations on the 2022 national budget to combat the pandemic.