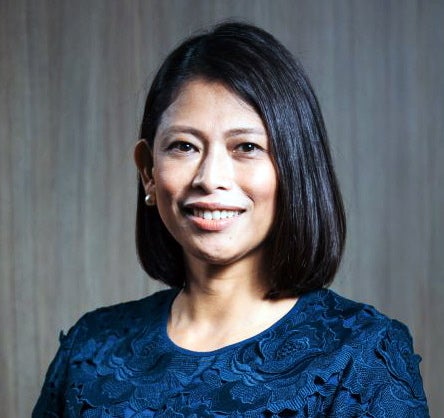 The Department of Health (DOH) allegedly failed to pay mandated allowances and other benefits to thousands of health-care workers, including those who had fallen ill with COVID-19 or had died working in the front line during the pandemic, according to a minority lawmaker.

In House Resolution No. 2121 she filed on Friday calling for a congressional inquiry into another alleged spending lapse by the health department, Marikina Rep. Stella Luz Quimbo said there were “urgent concerns as to why the DOH was not able to effect these payments and grants of benefits” under the law.

The resolution urges the good government and public accountability panel to look into the nonrelease of the benefits for health-care workers under the Bayanihan laws, such as special risk allowance, life insurance, accommodation, free meals and transportation.

“There is an urgent need to review the capacity of the DOH to absorb COVID health response funds and its ability to exercise due diligence in disbursing the funds which is meant to alleviate the plight of health-care workers,” said the House deputy minority leader.

“The front-line health-care workers and the beneficiaries of those who died performing their functions now have an established right to be paid their allowances and other benefits under Bayanihan 2, which should not be diminished by reason of poor administrative management of any department of agency,” she said.

“According to the Alliance of Health Workers, special risk allowance for each worker is about P38,000 and they have about 9,000 members, so that’s a total of P342 million,” she told the Inquirer.
The purpose of the inquiry is to determine how much was payable to the health-care workers.

“We don’t know about payables to the nonmembers of the alliance,” she said.

The health workers expressed concern “about not receiving the benefits promised” to them under Republic Act No. 11494, or the Bayanihan to Recover as One Act, she said.

However, the Bayanihan 2 law expired on June 30.

Quimbo said the health-care workers claimed that they did not receive the benefits they were entitled to under the Bayanihan 2 law.

According to the union representatives, the DOH’s Center for Health Development (CHD) explained that the “funds originally earmarked under Bayanihan 2 for payment of benefits to the front-line health-care workers have already been returned to the treasury since the law’s effectivity had lapsed,” she said.

The CHD supposedly claimed that some private health-care workers were excluded because their hospitals did not submit a list of their staff.

The DOH still failed to pay the benefits for health-care workers of hospitals that had submitted the required documents, according to Quimbo.

She said that allied health professionals, such as medical technologists, who were also supposed to receive the benefits, did not get them because they were initially excluded from the list of beneficiaries by the DOH.

The call for an inquiry into the unpaid benefits for health-care workers follows a strong rebuke of the DOH by the Commission on Audit (COA) for the deficiencies it found in the use of P67.323-billion COVID-19 fund by the health department last year.

Malacañang and several lawmakers have demanded explanations from the DOH and Health Secretary Francisco Duque III on these deficiencies aside from the health department’s inability to spend up to P11.89 billion of that amount.

In another section of its audit report, the COA said the DOH was unable to spend 29.43 percent of the P200.9-billion allotted in 2020 for the department and several attached health-related agencies.

The P59.124 billion in unspent funds were “very material and are more than enough to affect the level of efficiency put into managing the COVID-19 funds vis-a-vis the agency’s implementation capabilities and its response to the urgent health-care needs during the time of state of calamity/national emergency,” the COA report said.

Unobligated allotments, or funds not yet assigned to any program, activity or project (PAP) amounted to P24.641 billion. Balances of unpaid obligations to suppliers and contractors totaled P34.483 billion.

The COA doubted that the DOH could fully use its remaining 2020 allotments, considering that it received P134.453 billion from the 2021 national budget.

“These billions-worth of public funds could have saved many lives if only these were translated into meaningful PAPs during the state of calamity/national emergency.”

In a statement on Friday, the COA said its 2020 consolidated annual report on the DOH “does not mention any findings by the auditors of funds lost to corruption.”

It explained that its observations and findings were accompanied by recommendations for rectifying the reported deficiencies and the process was not yet completed.

“Hence, it is premature at this stage to make conclusions on the findings in the consolidated annual audit report,” it said.

Other deficiencies found were lapses in the implementation of the Health Facilities Enhancement Program amounting to P4.057 billion.