Local transmission feared but still has to be validated, says DOH exec in Central Visayas
Philippine Daily Inquirer / 05:06 AM August 14, 2021 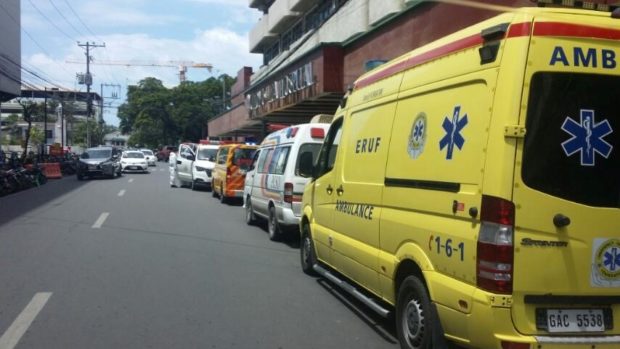 The number of cases of the more transmittable Delta variant of COVID-19 outside the National Capital Region (NCR) was on the rise, records from the different health offices in the provinces showed.

All the provinces in Calabarzon, which adjoin NCR, now have Delta variant cases totaling 111 as of Friday, the Department of Health (DOH) in the region said. Cavite has the most number of cases at 41, followed by Laguna (35), Batangas (14), Rizal (14) and Quezon (seven), the DOH said.

Until Friday, Quezon was the lone province in the region that had no Delta variant case.

At least 23 Delta variant cases of COVID-19 were also confirmed in the Cagayan Valley region and Ilocos Norte province following the release of genome samples from the University of the Philippines’ Philippine Genome Center and National Institute of Health, authorities said on Thursday.

On Friday, Oriental Mindoro province also confirmed the presence of two Delta variant cases while the Bicol Region has two, one each in Albay and Camarines Sur provinces.

Cagayan de Oro City, the economic hub of Northern Mindanao, has so far recorded 23 Delta variant cases, while Tagum City, the capital of Davao del Norte, detected one case of the variant, according to authorities.

Davao City has recorded five Delta variant cases as of Friday. Of the five, only one had traveled abroad while the rest were local exposures, which means the virus is already in the communities, local health officials said.

The Visayas has counted 89 Delta variant infections as of Friday, with Western Visayas (Iloilo, Antique, Aklan, Guimaras and Negros Occidental) having the most cases at 42; followed by Central Visayas (Cebu, Bohol, Negros Oriental and Siquijor, and the independent cities of Cebu, Lapu-Lapu and Mandaue) with 36; and Eastern Visayas (Leyte, Southern Leyte, Biliran, Samar, Eastern Samar and Northern Samar) with 11 cases.

According to DOH Central Visayas Director Jaime Bernadas, there might already be a local transmission of the Delta variant in Cebu but health officials need to validate it first.

Dr. Rio Magpantay, Cagayan Valley health director, said 16 of the cases were traced to the provinces of Isabela (13), Cagayan (two) and Nueva Vizcaya (one).

In Ilocos Norte, seven more cases of the Delta variant were confirmed by the DOH on Thursday, Gov. Matthew Marcos Manotoc said in a statement. The new cases brought to 12 the province’s total cases infected with the variant that originated from India.

On Thursday, at least 161 new cases were added to the province’s COVID-19 tally, bringing to 3,923 the total number of active infections. It also recorded 269 recoveries on the same day.

In Oriental Mindoro, Gov. Humerlito Dolor said on Friday that the two confirmed Delta variant cases, one each in the City of Calapan and the town of Bongabong, had recovered.

Dolor said he recommended the implementation of granular lockdown on the places of reported Delta variant cases until contact tracing, quarantine and testing were completed.

Since both patients had no history of travel, it was possible they were exposed to an earlier patient with Delta variant who is still unidentified, said Dolor.

Oriental Mindoro still has 188 active COVID-19 cases out of 5,879 recorded since March last year, with 263 deaths.