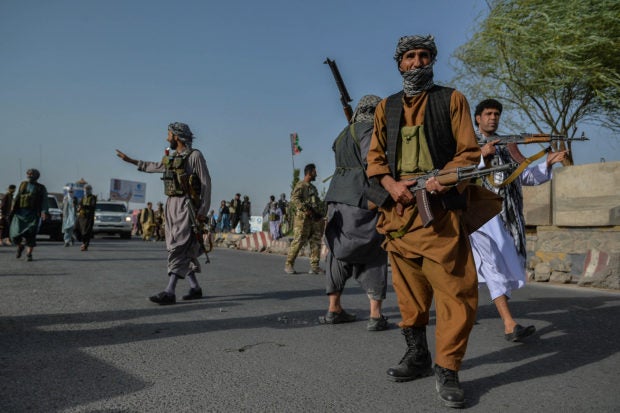 WASHINGTON, United States — The Pentagon said Thursday that it was deploying around 3,000 troops to Afghanistan immediately to evacuate US embassy employees securely as the threat grows from the Taliban insurgency.

“The first movement will consist of three infantry battalions that are currently in the Central Command area of responsibility. They will move to the Hamid Karzai International Airport in Kabul within the next 24 to 48 hours,” said Defense Department spokesman John Kirby.

The UK government said on Thursday it was sending 600 troops to Afghanistan to help British embassy staff leave the country, after the United States announced a similar deployment as the Taliban makes rapid gains.

“I have authorized the deployment of additional military personnel to support the diplomatic presence in Kabul, assist British nationals to leave the country and support the relocation of former Afghan staff who risked their lives serving alongside us,” Defense Secretary Ben Wallace said.

“The security of British nationals, British military personnel and former Afghan staff is our first priority. We must do everything we can to ensure their safety,” he added.

The military personnel will deploy to Afghanistan on “a short-term basis” due to “the increasing violence and rapidly deteriorating security environment in the country,” the Ministry of Defense (MoD) said.

The number of staff working at the British Embassy in Kabul has already been reduced to a small team focused on providing consular and visa services for those needing to rapidly leave the country, it added.

The military deployment will provide “force protection and logistical support” for the relocation of remaining British nationals where required, according to the MoD.

Troops will also help accelerate the UK government’s program relocating Afghans who supported British military personnel operating inside the country over the past two decades.

“This will help to make sure interpreters and other Afghan staff who risked their lives working alongside UK forces in Afghanistan can relocate to the UK as soon as possible,” the MoD said.

EU threatens Taliban with ‘isolation’ if it seizes power in Afghanistan